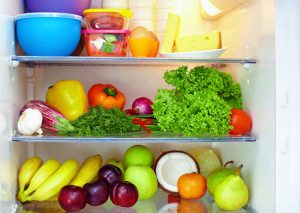 A new review of previously published studies runs against the grain of conventional understanding about the connections between exercise and how much you eat.

The new review, completed by researchers at the University of Kansas and published on PLOS One, found that of the previously published work done there is little evidence that exercise causes you to overindulge and overeat afterwards. This flies in the face of what had become almost unanimously understood among those who exercise regularly, that overeating after a run is very common.

One of the commonly understood and safe ways to lose weight is to eat healthily and not overeat while also exercising regularly. The new research is good news for those looking to lose weight because it means that overeating as a response to exercise might not be as prevalent as previously believed.

But don’t get ahead of yourself. The findings may not be as simple as that. The study did recognize it holds it’s own shortcomings.

“[We] found limited evidence to suggest that acute exercise or exercise training has a significant effect on energy or macronutrient intake,” wrote the authors. They did continue “however, as previously discussed the available literature on this topic suffers numerous methodological shortcomings.”

The researchers note that very few of the studies analyzed had a specific goal of making connections between exercise and calorie consumption. They admit the research seems odd when compared to anecdotal evidence and recommend more research to be done to specifically and more directly address the question.