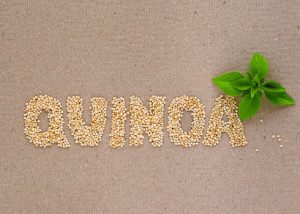 Telling an endurance athlete that quinoa is a good option for grain source is just reiterating what numerous nutrition experts have been saying for some time now.  This little post is a reminder or some new inspiration to mix up your nutritional regime.  Quinoa is considered the best grain for building strength and endurance as it is a high source of protein, B vitamins, iron, calcium and phosphorus.

The interesting thing about the protein content of quinoa is that it has a complete set of all essential amino acids, which is very important for vegetarians.  The grain is highly versatile and is cooked much the same way rice would be.  Similarly, quinoa can be substituted for almost any dish where rice is called for.   It can also be cooked and eaten as a breakfast cereal with sweeteners, replacing oats.  It has a light, nutty flavor and pairs well with both savory and sweet flavors.

In an effort to be original, I am going to offer a recipe for quinoa muffins that might be a good option for a quick snack on the way to the pool in the morning. I have been experimenting with my swim buddies with some other ingredients to this recipe but for now I will offer you the tried and true option.  If I master the funky flours I am attempting to substitute, I will pass that recipe along as well.

This recipe is not for the vegan crowd.

Preheat the oven to 350F. Line a muffin tin with foil liners and set aside.

Melt the coconut oil and set aside.

In a large bowl, stir together quinoa, coconut oil, Greek yogurt, cheese, bacon and eggs. (The coconut oil might harden back up after adding the cold yogurt to the mixture which is ok). In a separate bowl, sift together the flours, baking soda and salt. Stir the dry ingredients into the wet ingredients, mixing until fully incorporated, but don’t over stir mixture.

Fill the muffin tins about ⅔ full. Bake 18 to 20 minutes, until golden brown.