How tough is it to take in calories?

Depending on your ability and training experience, an Ironman can take anywhere from seven and a half hours (Jan Frodeno’s world record) to 17 hours. That’s a long time to be expending energy and depleting your stores. So you’ll need to stay topped up. But what’s the best way to do this? Taking in solids? Fuelling primarily through liquids? A mixture of the two? The topic is one of much debate and experimentation in the triathlon scene, especially in the long course triathlon community.

Daniel Clarke, a TMC contributor, has shared his experiences in his weekly video blogs. In his last two long course triathlons (Montreal Esprit and IRONMAN Chattanooga), Clarke has experimented with a different race nutrition plan – primarily liquids. Even Lionel Sanders, considered to be one of the favourites for the Ironman world title on October 13th, has elaborated extensively on this topic and his approach.

Where does solid nutrition fit into Ironman race day? Well, nutrition preparation is essential in the days before the race. Getting your glycogen stores all topped up in the days before (two to three days out) is key, especially, the morning of the race. Chances are you aren’t going to sleep a whole lot the night before, and you’re definitely going to have to wake up hours before the race. Depending on your preference and what you’ve used in training. On the morning of your Ironman you should try your best to stomach solid food. A favourite for many triathletes is a breakfast of oatmeal, bananas and coffee. 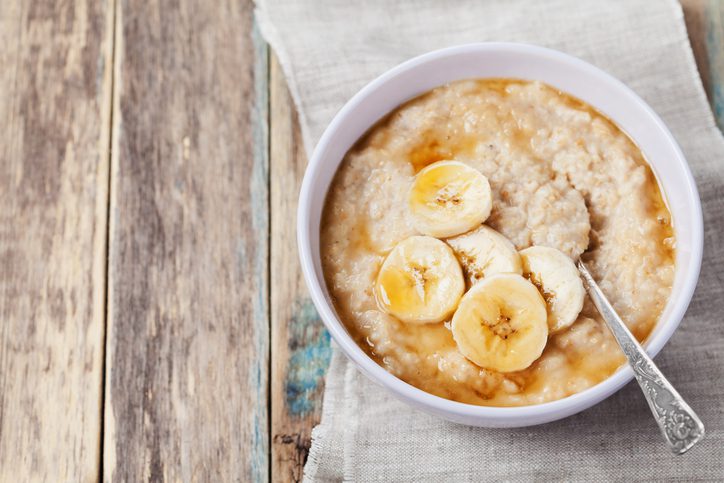 What about during the race, specifically on the bike? This is the million dollar question, and it really does come down to experimentation. It isn’t uncommon for those doing an Ironman to eat solid food during the first third/half of the bike, and then switch over to liquid products in the second half. This works for some athletes. The food may also curb any cravings you might have during the race.

The hot topic of late has been Sanders’s nutrition plan. He’s invested a lot of time experimenting with different products and plans to get his nutrition right. The approach appears to be working, and he seems pleased with his results in training. Numerous times in his videos he’s spoken about his liquid nutrition plan for Kona.

Though the bike may take anywhere from four to eight hours, it is difficult for some to digest solids. But, by taking your calories and macronutrients in a liquid, all those nutrients are absorbed into the bloodstream and go straight to your muscles.

The best solution is to experiment. No one approach will work for everyone. When Clarke noticed some indigestion issues, he decided to experiment with a plan focused on liquids. The experiment seems to have had positive results. “When I hit the run, my energy levels were strong and I had a PB run of 1:17. My bike power was very similar to my other races this year, the only change was my nutrition, and I didn’t have any breathing issues,” says Clarke. By testing your nutrition plan on big training sessions or “non-A” races, you’ll be ready for race day.