As we all know, there is a lot of pseudo-science around nutrition, and in their seemingly endless search for the best foods and fuelling practices, runners can be particularly susceptible to the latest fads. You may have heard that lectins, a class of proteins that bind to carbohydrate molecules and found in legumes, nightshade vegetables, some grains, and even some animal products, cause a host of health problems including weight gain, inflammation, arthritis, gastrointestinal problems and cancer. Some celebrities (notably singer Kelly Clarkson) have attributed their weight loss to eliminating lectins from their diet. But how reliable are these claims? And should runners restrict their diet to foods that don’t contain lectins?

According to an article in the Berkeley Wellness Letter, lectins evolved as a sort of natural pesticide in plants, protecting them against hungry predators. Their presumed toxicity to humans has been trumpeted for at least 20 years, starting with the blood-type diet (which held that lectins should not be consumed by people with certain blood types).

More recently, in 2017 Dr. Steven Gundry, a former heart surgeon now in private practice in the US, published The Plant Paradox, which holds that some plants that are touted as healthy are extremely bad for you and should be eliminated. He backs up his claims with a study of more than 100 of his own patients, almost all of whom showed reduced inflammation and autoimmune disease markers on a lectin-free diet. But as other experts point out, the study was not peer-reviewed or published and did not follow the most basic protocols for this type of research, such as having a control group who are on a normal diet. 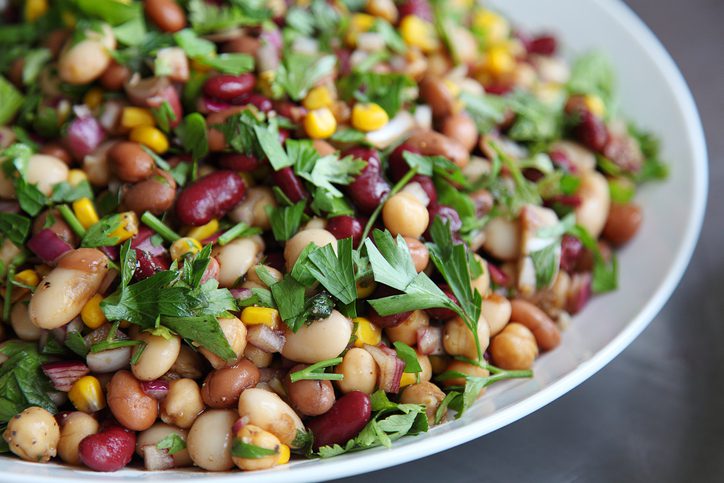 Like many claims of this type, the anti-lectin claim does contain a kernel of truth. (Pun intended–yes, there are lectins in corn. But just try eliminating corn from your diet and see how far you get. Basically corn is in everything.) The lectins in raw kidney beans, for example, will cause nausea and vomiting. But cooking eliminates the danger, and beans are cooked before they’re canned.

Anecdotally, many people find they feel bloated and gassy after eating beans, but it’s due to a specific type of sugar they contain–oligosaccharides–that humans can’t fully digest (not lectins). There are ways of avoiding the gassiness beans can cause, and be aware that the sugars that cause it have protective benefits for humans.

Moreover, there is some evidence that lectins may protect humans against the too-rapid absorption of certain nutrients, according to the University of Toronto’s Dr. David Jenkins. And the risk in eliminating anything containing lectins is that you’re eliminating foods with many well-documented health benefits. Endurance athletes, in particular, can benefit from the variety of vitamins, minerals, protein, fibre and complex carbohydrates found in beans, legumes and grains.

Bottom line: there is no scientific evidence suggesting you should avoid any of these foods because they contain lectins.