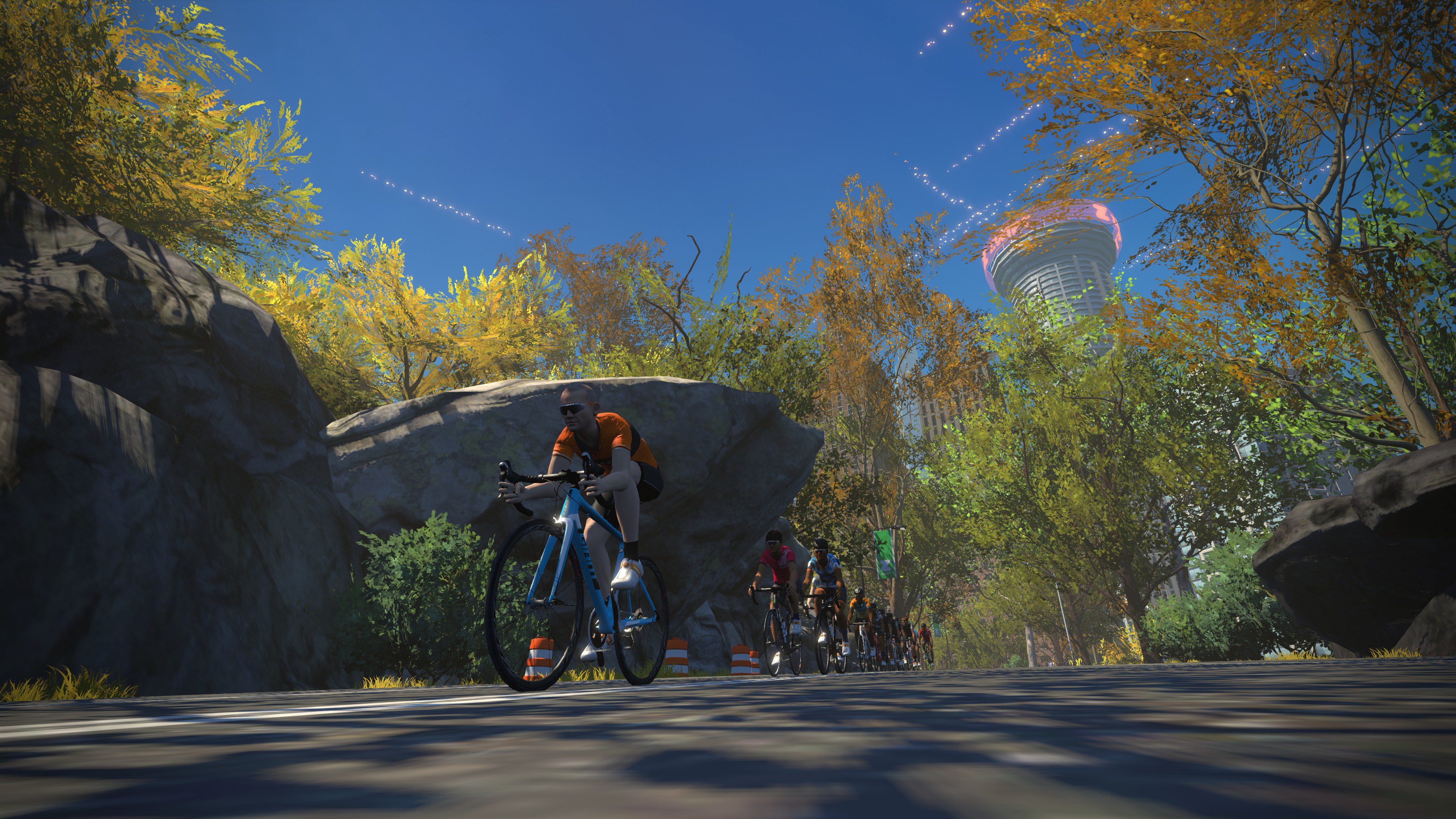 Zwift, the virtual reality training platform revealed their New York City map on October 19th, and it has a futuristic twist. The map contains a blend of present-day elements with transparent roads, flying cars, and sleek buildings in the skyline.

Upon the release of the new map, Eric Min, CEO of Zwift, is of the opinion that “if you enjoy your training, you train harder.” By adding the twists and turns of a video game, Zwift has given triathletes entertaining options for their winter training.

The NYC map includes 14 different courses, 11 for cycling and running and three for running only.

The shortest route around the park, it’s flat, fast and fun.

A nod to the landscaped High Line Park in New York City, this “ride in the skies” route sticks to the elevated roads and loops at the KOM arch.

Named after the New York City subway line, this figure 8 path loops around the park.

Named after Fiorello H. La Guardia, the 99th Mayor of New York City, this course is a quick and fast lap for special events only.

You can hit the Sprint and KOM on this long, looping route in both directions.

A circuit course that takes the steep route up and down the KOM with a short loop around the Sprint in between.

This mostly flat route has some grit and kick to it, with one trip up the KOM via the steep route.

A steep climb that winds up to the KOM, followed by a long lap around the park.

Make massive moves over meadows and most of the park in this meandering mega loop.

Tour the outermost loop of the park on this fun and snappy course.

Hit the KOM in both directions on this climber’s course.

Run two laps of the Shuman Trail with a long lap of the park in between. Flat Irons is named for the downtown Flatiron district.

Take a lap of the reservoir before braving the inner loop on the park roads.

Explore the sanctuary around the reservoir on this sneaker-friendly path. You won’t find cyclists on this section.

On October 23rd, Zwift will release the Tour of New York, a five-stage event that allows riders to unlock exclusive in-game kit on completion.