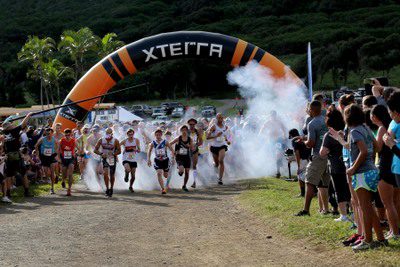 XTERRA Ireland announced that it has to postpone this year’s event  scheduled to take place on July 20.  “There have been a number of unforeseen logistical problems that make it impossible to deliver the event to the high standards a prestigious international event like XTERRA demands,” said Race Director Dean Watson. “We’re really disappointed and apologize for any inconvenience caused.”

All entrants in the 2014 event, which was scheduled to take place in Killaloe, County Clare, have been contacted and made aware of the situation. They’ve been offered a choice of a full refund or a postponement until 2015.

XTERRA is the world’s premier off-road multisport event. The XTERRA format combines swimming, mountain biking and trail running. It has been described as one part triathlon, one part mountain bike race, and one part “survival of the fittest”. The typical distances are a 1.5 km swim, 30 km mountain bike, and 10 km trail run.

Watson and the XTERRA Ireland team are already looking forward to the future in Ireland. “We’re working hard to secure a more suitable location for next year,” added Watson. “And we’re liaising with [XTERRA owners] Team Unlimited in Hawaii to sort out a date that will fit better with the XTERRA European and World tours.”

“[XTERRA] Is a fantastic format with events run round the globe,” said Watson. “We’re excited Ireland is involved in the worldwide circuit and look forward to 2015 and seeing everyone who entered this year get the chance to race.”