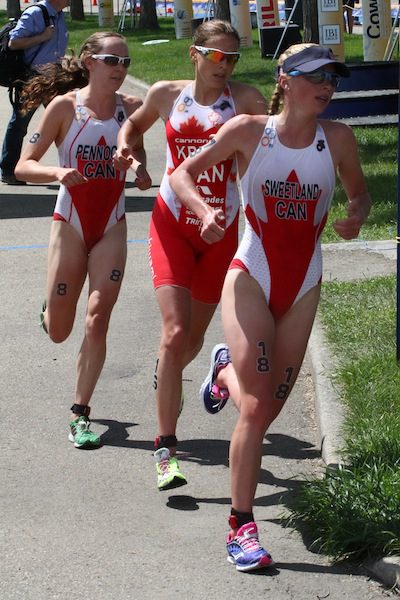 This weekend will showcase the Hamburg stop on the World Triathlon Series calendar. Now in it’s fifth year, the Hamburg  race will see a two-day race format with the sprint elite races on Saturday July 12, followed by the Mixed Relay World Championships on Sunday.

On the women’s side, American Gwen Jorgensen will be the one to beat following her three consecutive wins on the circuit. Jorgensen’s teammate Sarah Groff will also be racing, having missed Chicago due to injury. British stars Helen Jenkins and Jodie Stimpson will pose a threat as will  Australians Emma Jackson and Emma Moffat (who has won in Hamburg numerous times). Canada’s Kirsten Sweetland will be racing with the confidence of her incredible 7th place finish at Chicago. Joining her on the start line are teammates Sarah-Anne Brault and Ellen Pennock. Adding to the power-packed women’s line up are veterans Andrea Hewitt of New Zealand and Sweden’s Lisa Norden.

Follow all the events live with timing and text updates, at triathlon.org/live and on twitter at @triathlonlive. Don’t forget to pick who you think will be on the men’s and women’s podiums with TRIFECTA.