Dear @AirCanada – our world no.1 Georgia Taylor-Brown is racing in Montreal tomorrow but her bag has been stuck at Heathrow since Sunday – please can you help her out? @BritTri @georgiatb pic.twitter.com/r6a293WcBD

World Triathlon is the sport’s international governing body. Whoever posted the tweet today was considerably more diplomatic than Taylor-Brown was on her Instagram feed late last night: 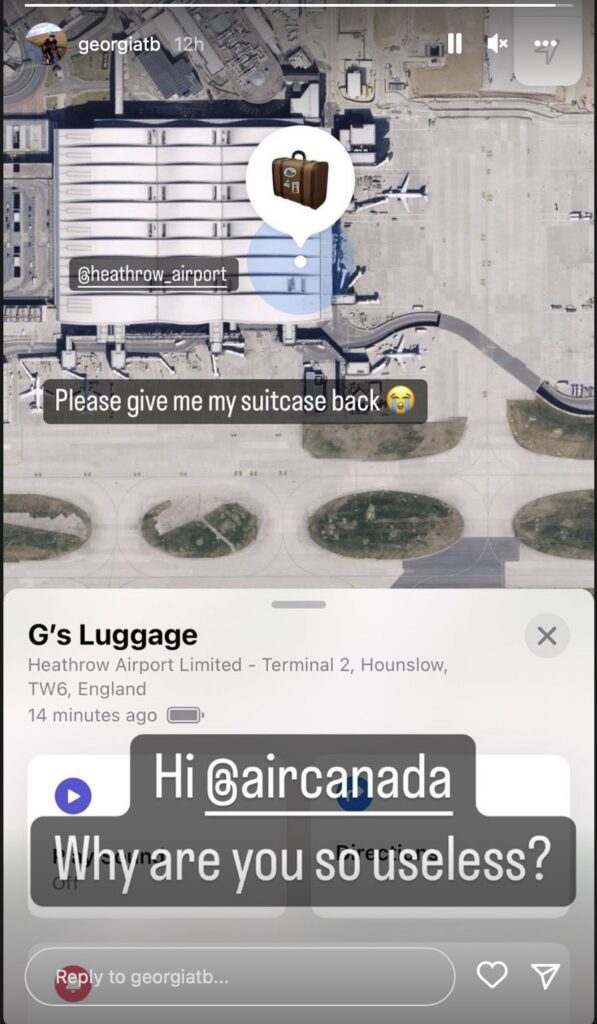 Hello, we sincerely apologize for the delay of Ms. Taylor-Brown’s bag. Pls DM us the delayed baggage claim number (LHRAC12345), so we could better assist from here. /Mary Ann

We’ll be in Montreal to cover the world championships, and look forward to finding out if Taylor-Brown’s luggage gets there before her race.