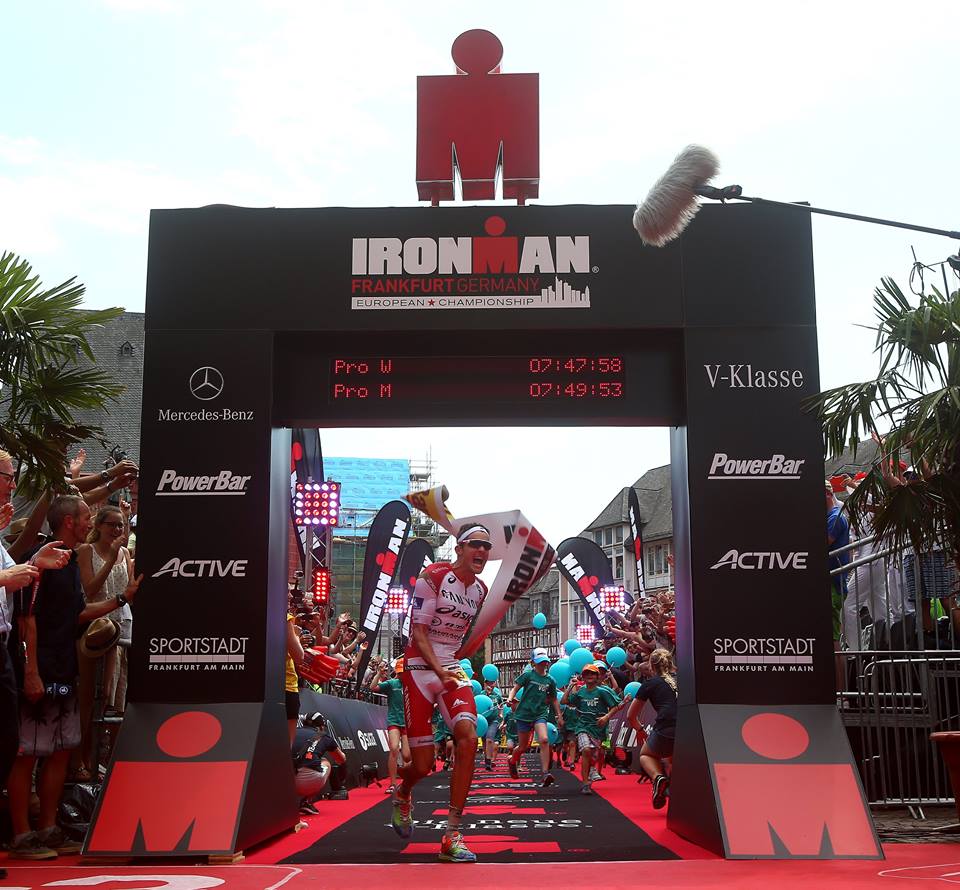 Ironman announced that the pro men’s line-up for the European Championship in Frankfurt has been set for this summer’s race. A stacked field includes Andreas Raelert, Tim O’Donnell, and Sebastian Kienle.

Germany’s Kienle looks to reclaim his European and World Championship titles this year after countryman Jan Frodeno won both in 2015. He will have to battle against Raelert and O’Donnell who placed second and third respectively at Kona last October.

“It really feels like I have seen it all in the past 24 months: the highest of highs and the lowest of lows of our sport. But once you have tasted victory you long for more. I can’t wait to race against Andi (Raelert) and Tim (O’Donnell) in Frankfurt,” said Kienle, who placed eighth at Kona last year.

Raelert is equally as excited for another shot at the Ironman Europe title. “Obviously winning here in Frankfurt in 2010 was a career moment for me. At the same time there were some bitter moments as well, especially my DNF in 2014,” Raelert said.

It will be American Tim O’Donnell’s first time racing in Frankfurt.

General registration is sold out for Ironman Europe and an expected 3,000 athletes will compete at the race on July 3rd, 2016. The prize purse is $150,000 USD in addition to 4,000 points for the Kona Pro Ranking. There are 75 age group spots to Kona up for grabs.

The age-group start list is available. Among Canadians racing is John Wragg, who completed is 200th Ironman last year and earned our Performance of the Year award.

The pro women’s line-up will be announced in coming weeks.