As we reported yesterday, France’s Vincent Luis took second at Ironman 70.3 Indian Wells – La Quinta behind Canadian Lionel Sanders. Luis, who helped France to a bronze medal in the mixed relay at the Tokyo Olympics, was making his debut over the half distance in California. There had been reports that he had been hit by a car during the event, and the two-time Olympian has confirmed those through a Facebook post.

Luis led the men out of the water and, according to his Facebook post was “pushing good watts” on the bike. Luis writes that he was still two-minutes ahead of Lionel Sanders with 10 km to go when he was hit by a car and “hit the ground really hard.

“Jumped back on my bike and reached T2 with Lionel Sanders,” Luis wrote. “My run was just a struggle and my only goal was to reach the finish line and have a check up with a doctor. Congrats Lionel for the win and to Jelle Geens for finishing 3rd.”

We’ve reached out to Ironman for comment, and will update this story if we hear back from them.

According to Instagram posts by Luis’ partner Taylor Spivey, Luis was in the lead of the race and was led off course by the lead vehicle, who was directed off the course by a police officer. While off the course Luis was hit by a car (a Tesla, according to Spivey), and then got back onto the course and finished the bike a few seconds behind Sanders. 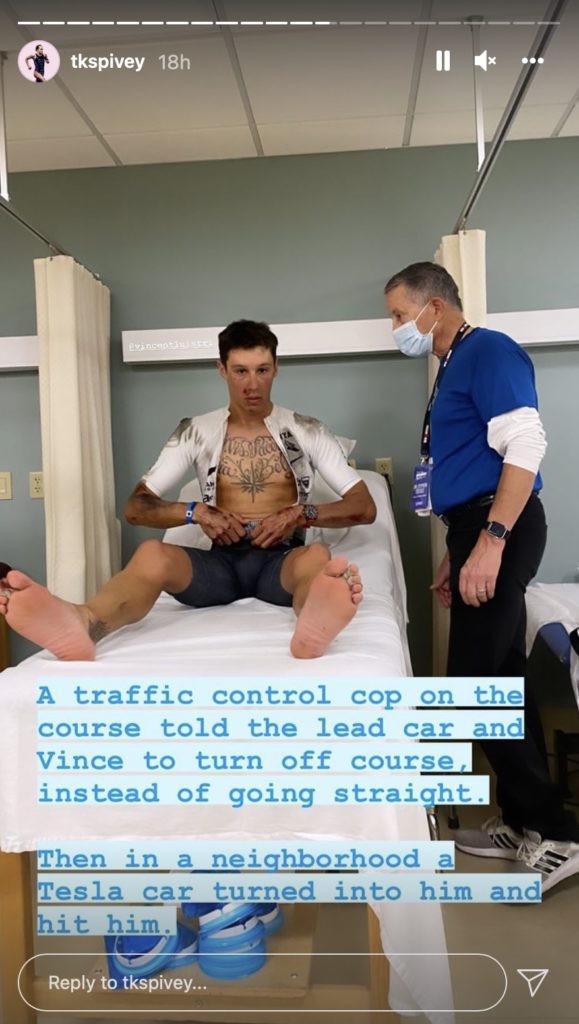 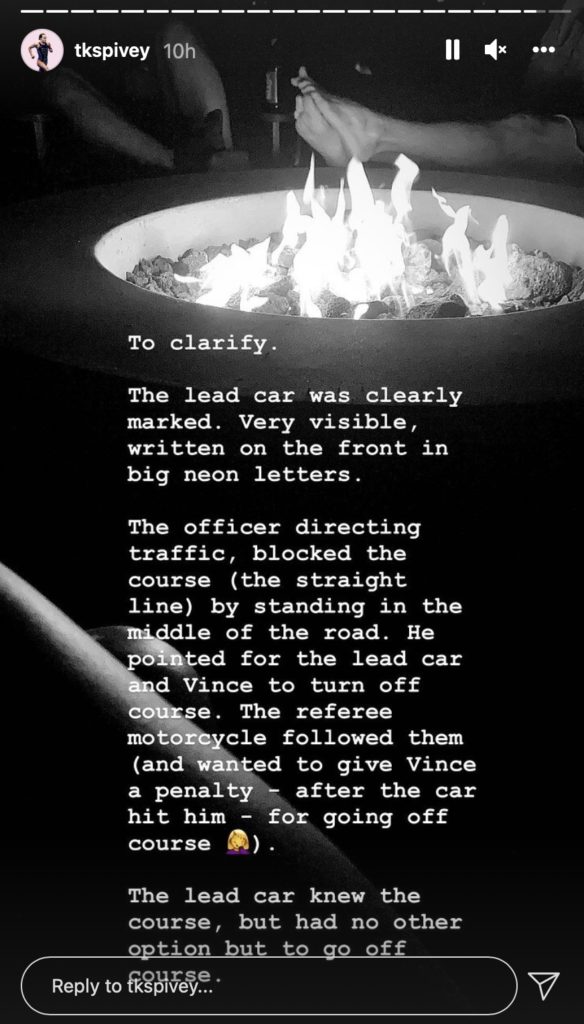 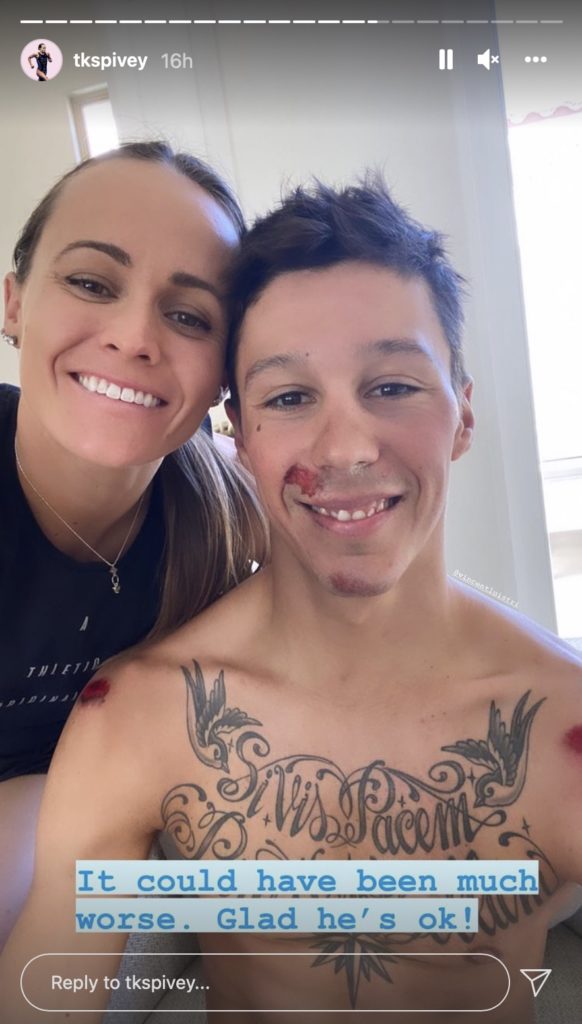