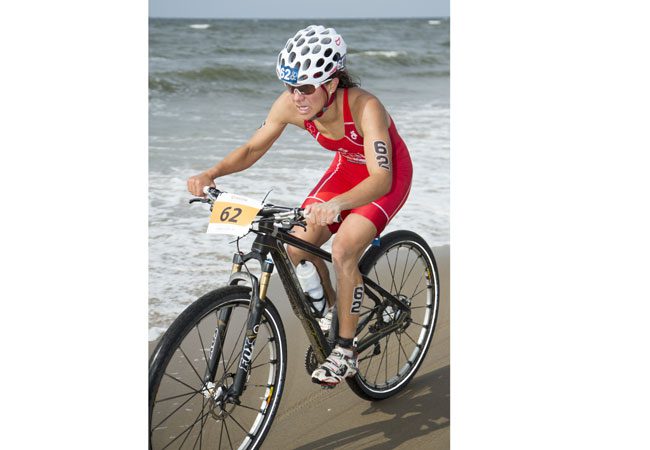 Edmonton’s Chantell Widney, 34, captured her first major Xterra title this weekend at Beaver Creek Resort in Avon, CO. The former ITU athlete has been making her off-road mark since 2011 but this was her first big Xterra win.“Winning races doesn’t come very often so this is awesome. I really wanted to win a race this year,” said Widney.

She played cat and mouse with Emma Garrard, the pre-race favourite but managed to keep her off. “It was close between Chantell and I until the run,” said Garrard.  “I was catching her gradually on the bike climb, and passed her on the first downhill but she re-took the lead.  Then I caught up again only to crash on Corkscrew (near the end of the bike).  Still, was able to get back on her wheel and went neck-and-neck into transition.”

“You can get more out of yourself when it’s that close,” said Widney.  “It’s easier to push yourself harder when you know somebody is chasing you down. I was running scared the whole time. I was sprinting the downhills, I just didn’t want to lose this.”