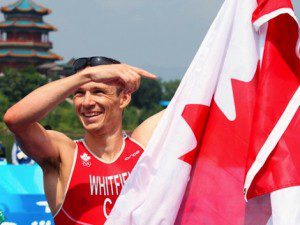 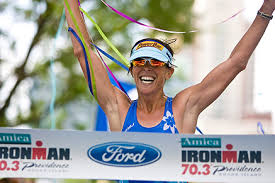 The face of triathlon in Canada since his historic gold medal at the 2000 Olympic Summer Games, Whitfield is recognized as one of Canada’s most prestigious Olympians around the world. A trailblazer for the sport in Canada, the two-time Olympic medallist who was the nation’s flag bearer at his fourth Olympics in 2012, Whitfield was a role model to thousands of athletes around the world.

Equally inspiring, Bentley is a true leader both on and off the race course. Battling through a mild strain of Cystic Fibrosis, Bentley excelled in all race disciplines, and has won 11 Ironman competitions in addition to finishing third at the Ironman World Championships in 2006.

“The names Simon Whitfield and Lisa Bentley are synonymous with the sport of triathlon in Canada,” said Luc Landriault, president, Triathlon Canada. “Both of these exceptional Canadians have done some heavy lifting to ensure our sport’s credibility in Canada over the last two decades, which in turn has sparked the tremendous growth of triathlon and Ironman’s for all ages across the country. It is a true honour to welcome them into Triathlon Canada’s Hall of Fame.”

Whitfield has accomplished nearly everything on the table in the sport. In addition to his two Olympic medals (gold in 2000, and silver in 2008), the Victoria resident won a gold medal at the 2002 Commonwealth Games, captured 14 World Cup victories and 12 Canadian Championship titles.

“I grew up a dreamer who expressed myself through hard work so it is an honour to be recognized for my dedication and commitment,” said Whitfield. “It was a privilege to race for Canada, to hear the national anthem played and to carry the flag into the Opening Ceremonies. I go back to the people I thanked when I retired. Without all of them in my career nothing would have been possible.”

Bentley, of Etobicoke, Ont., left her professional career as a high school math teacher in Ontario to focus solely on competing in Ironman. After being diagnosed with CF, she was determined not to let the disease rule her life. A winner of three Ironman Canada titles, and member of multiple national teams, Bentley is a natural leader whose infectious enthusiasm has inspired a legion of fans globally.

“Triathlon has been my life since 1989. It is so engrained in my nature that even without a sport specific goal, swim/bike/run is part of my daily health and wellness routine,” said Bentley. “I am so proud to be Canadian, and to have represented Canada on National Teams in Olympic Distance Triathlon, Long Distance Triathlon and Duathlon. We have a great Canadian triathlon family and I am fortunate to be part of it! I will continue to be involved with our sport and to develop the next generation of Hall of Fame athletes.”