This past weekend saw lots of activity in the triathlon world, including a Canadian victory by Lionel Sanders at the Ironman 70.3 Pan American Pro Championship in Panama.

Here’s a roundup of what else happened on the triathlon scene this weekend. 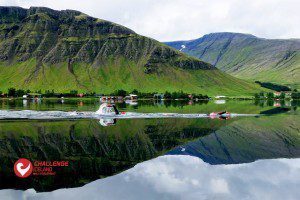 Challenge Iceland will take place on July 23rd, 2016 as the world’d northernmost half distance race. Given the recent expansion of WOW Air’s cheap flights from Canada to Iceland, this is a great chance to travel to a new destination and race on a unique and beautiful course.

Challenge Jeju was also added to the calendar. This marks a further expansion of triathlon races in Asia. Korea’s Jeju Island, a UNESCO World Heritage area, is one of continent’s top vacation destinations and home to a world-reknowned triathlon training centre. The race takes place in late September, 2016.

Dominika Jamnicky raced as the sole Canadian at the ITU Merida CAMTRI Triathlon American Cup and Iberomerican Championships yesterday. She placed second in the standard distance behind Mexico’s Cecelia Gabriela Perez Flores. This was her first race of the season and she’s off to a great start as one of Canada’s top U23 triathletes.

Honoured to be a @TYRSport ambassador …. That's over 8 years as part of the TYR family! https://t.co/v62KVz02ns

Challenge Family announced that it has “employed legal counsel to recover monies owed to media, athletes, contractors and others by Dubai Sports Council in respect of Challenge Dubai 2015.” Challenge Dubai took place in February 2015 as the first race of the Triple Crown series. According to the organizers, over $45,000 USD is owed.

Challenge Dubai was cancelled for 2016 after Ironman’s expansion into the Middle East with Ironman 70.3 Dubai and Ironman 70.3 Bahrain.

“Despite numerous requests and promises of payment, no remuneration has been forthcoming to any of the creditors,” said Challenge Family CEO, Zibi Szlufcik. “The Dubai Sports Council leaves us with no choice other than to take action on behalf of people who supported the event in good faith.” He added, “The effect is compounded by the fact that these creditors now have to see Dubai Sports Council investing in other events while they are still owed money.”