Emily Wagner, a 17-year-old from Calgary, finished seventh in the junior women’s race on Friday.

With files from Triathlon Canada, photos by Kevin Mackinnon

Competing in her first World Championship event, the 17-year-old Wagner was solid from start-to-finish against the next generation of elite triathletes, clocking a time of 59:38.

“This is my first time at Worlds so I had very little expectations coming into the race,” said Wagner. “The swim was quite rough and I wasn’t used to that but it was good, and we worked well together on the bike. To be in the top-eight at World Championships is really good for me.

Wagner came out of the 750-metre swim in Lake Michigan in fourth spot where she settled into a chase pack of 14 girls that were hunting down the eventual gold and silver medallists. Wagner dodged a crash in the second lap, which dropped the chase group to four athletes – a place she stayed until second transition on the run. The pack quickly stretched out in the first of two laps on the five-kilometre run, and Wagner hung on to the seventh spot.

Germany’s Laura Lindemann handily won the junior women’s race with a time of 57:28. American Taylor Knibb celebrated the silver medal with a time of 58:14, while Norway’s Lotte Miller was thrilled with her bronze-medal finish after punching the clock at 58:39. 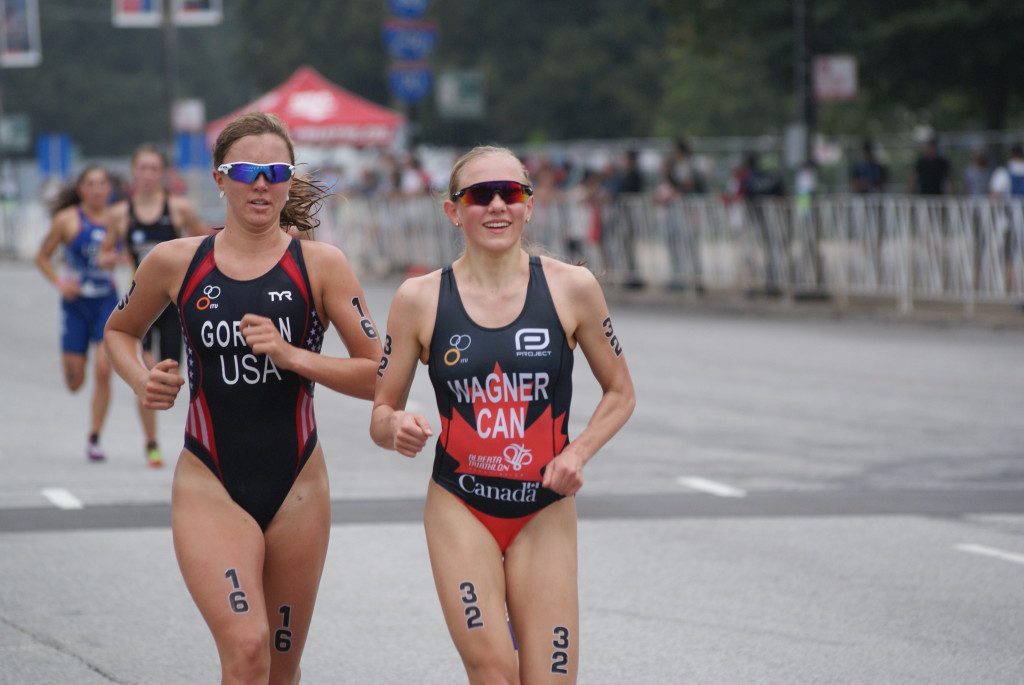