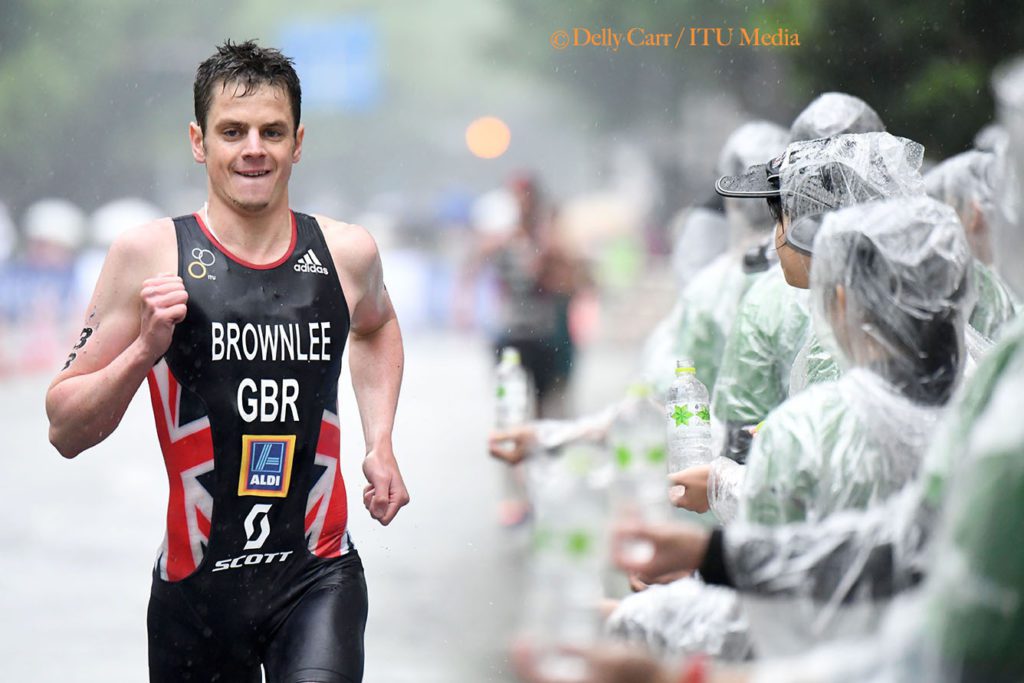 The men’s race at WTS Yokohama, the third stop on the World Triathlon Series, offered no shortage of drama early this morning.

In pouring rain and very slippery conditions, Olympic medallist Jonathan Brownlee found himself in a crash on the bike that took many out of contention for the day. In true Brownlee fashion, he picked up his bike, carried it and ran into T2 so he could finish the race. While he ended up 42nd for the day, his gutsy finish reminded fans of his dramatic Cozumel race last October and many have deemed him “truly amazing” and a “hero” for his perseverance in sport and competition.

In the end, Spain’s Mario Mola took the win for the second year in a row at Yokohama and was joined by countryman Fernando Alarza in second and Norway’s Kristian Blummenfelt in third.

Javier Gomez was nursing a tooth infection, but finished 9th.