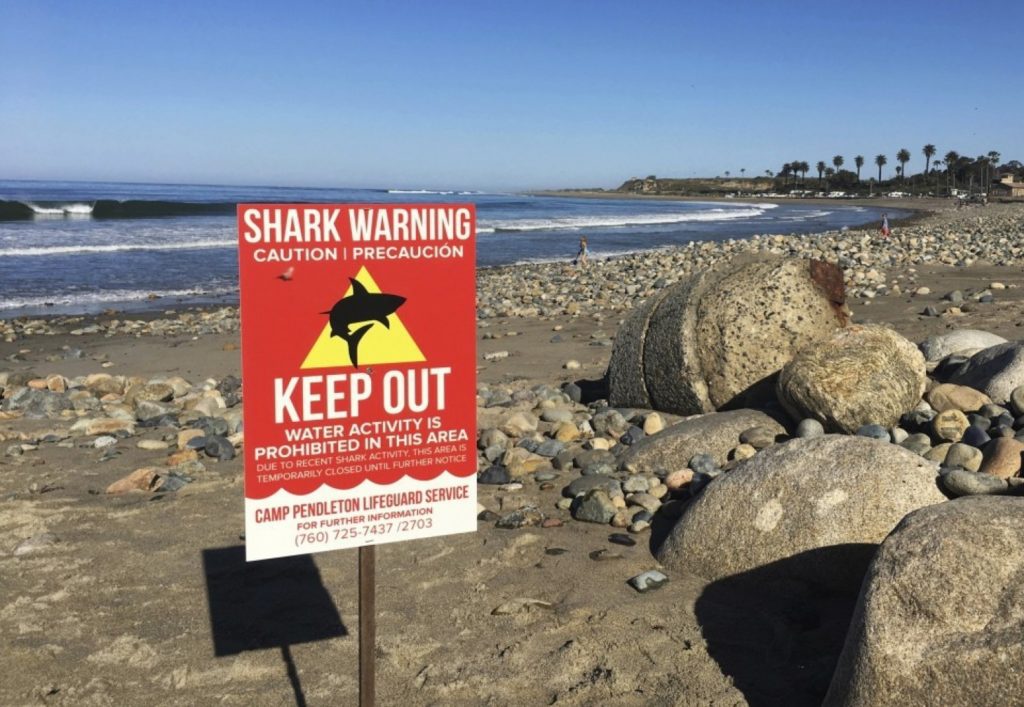 The waters near Ironman 70.3 Oceanside, one of North America’s most competitive and iconic M-dot triathlons, has become infested with great white sharks in recent weeks, not long after April’s race. The southern California beaches near Camp Pendleton are swimming and surfing hotspots but recently, dozens of sharks have been swimming in the coastal waters.  In this video footage from the Orange County Sheriff’s Department on May 10th, “an excess of 15 great white sharks” can be swimming not far off the shore:

Multiple reports say the sharks have “displayed aggressive behaviour.” On April 29th, a swimmer was attacked by a shark in the same location and was reportedly “fighting for her life” in the days after the incident.

A shark advisory remains active in the area right now.

Last weekend, the swim at Ironman 70.3 Bussleton in Western Australia was cancelled when a shark was spotted in the vicinity. California and Australia are two triathlon destinations where sharks are expected to be present in the waters year-round.