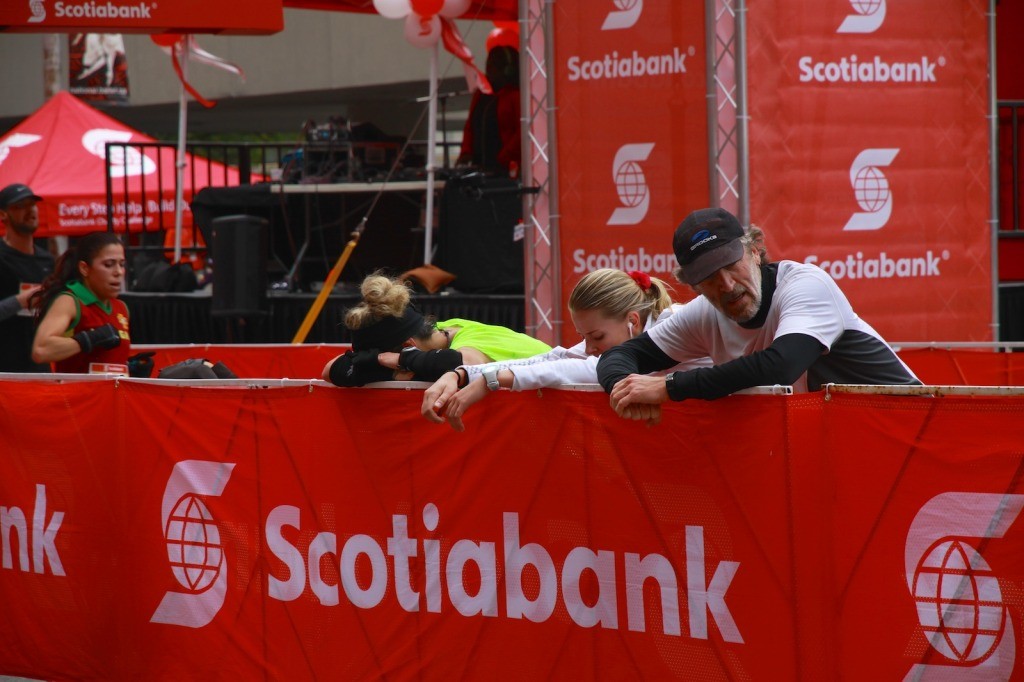 Two runners are in the hospital after collapsing at Sunday’s waterfront marathon in Toronto. According to the CBC, both men are in life threatening condition.

The first man was in his forties and collapsed at the finish line at 11:00 a.m. at Bay and Albert Street after running the half-marathon. He collapsed just minutes after the lead men in the marathon crossed the finish. When paramedics arrived, he was without vital signs.

Nearly two hours later, at 12:57 a.m. a man in his twenties also collapsed and had to be rushed to the hospital. Paramedics responding had to use a defibrillator at the scene.