On June 12th, Ironman announced that Tulsa, Oklahoma has been selected as a multi-year host venue for a brand-new Ironman triathlon.

Since the beginning of the year, Ironman has tried to identify a host venue in the central United States for a new event. Earlier in April,  four cities were selected as finalists, including, Des Moines, Iowa; Fayetteville, Arkansas; Memphis, Tennessee; and Tulsa, Oklahoma. After careful consideration and many trips to the city to connect with city officials and the local community, Tulsa was chosen as the host. “We are very excited to welcome Tulsa, Oklahoma to the Ironman `Ohana,” said Shane Facteau, Chief Operating Officer for The IRONMAN Group. “We were blown away by the response and potential of all four finalist cities, each of whom made a strong case. Ultimately, we felt that Tulsa is the right place for the first new Ironman.”

Related: Ironman announces finalists for a new event in the Central US

Situated on the Arkansas River between the Osage Hills and the foothills of the Ozark Mountains in northeast Oklahoma, Tulsa is the second-largest city in the state. It boasts a wide variety of attractions, and is known as a barbeque town but also boasts James Beard award-winning seafood and internationally renowned craft beer. “Tulsa proudly accepts its place as the newest host city for an Ironman event, standing among other elite cities globally,” said Ray Hoyt, President for VisitTulsa, Tulsa Sports Commission, Tulsa Office of Film, Music, Arts & Culture. “Like the athletes we look forward to welcoming in 2020, we aim to inspire and perform at the highest level.”

The 2020 Ironman Tulsa triathlon will take place on Sunday, May 31, 2020. The 3.8K swim will take place in Keystone Lake, where the water temperatures are generally in the low 20s. Once out of the water, athletes will embark on a 180K scenic bike tour of the surrounding Tulsa area, including portions of Osage, Creek and Tulsa County. Once off the bike, athletes will start the 42.2K run leg of the event. The run course begins at Oklahoma State University-Tulsa campus and makes its way through historic vibrant downtown Tulsa to the River Parks Trail System. 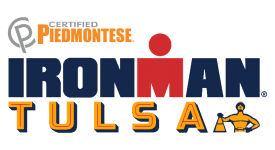