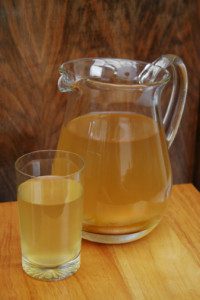 While many of the claims of kombucha’s healing powers have been exaggerated through marketing ploys (the American Cancer society actually released a statement regarding the lack of evidence behind claims that kombucha prevents cancer), this drink still certainly makes the cut as a healthy option for the adventurous running foodie.

Kombucha is also high in antioxidants and B vitamins. At around 30 calories per cup, kombucha has fewer calories than most soft drinks of fruit juices.

Home-brewing one’s own kombucha is an option for the truly adventurous. However, brews can easily become contaminated if proper technique and sanitation is not complied with.