Kira Gupta-Baltazar is a product of Triathlon Ontario’s Youth Cup Series. At the 2018 Ontario Summer Games in Denfield, Ontario, Gupta-Baltazar led the way out of the water and then rode away from the rest of the field, winning the 500 m swim/ 15 km bike/ 4 km run event by almost four minutes.

Another winner of the Ontario Sumer Games (2008) was Joanna Brown, 2018 Commonwealth Games bronze medalist and Elite Female Triathlete of the Year. 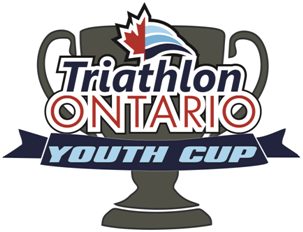 The Stittsville Grand Prix will be the first race of the 15-15 age category. Hosted by the Bytown Storm, the event format includes two heats of short, fast racing with a rest period in between. Points are accumulated in both heats to determine the winner. The race is an OSG qualifier with four spots per gender available.

Hosted by the Peterborough Pirates, the Lakefield Triathlon serves as the Youth Club Championships. This is race one for the 12-13 category and race two for the 14-15 age category. There will be five qualification spots per gender for the 2020 OSG.

The Gulliver’s Lake Triathlon is a new race for 2019 and will be hosted jointly by the Fighting Koalas and Hamilton Hammerheads. Four qualification spots per gender will be available for the 2020 OSG.

@dunn_dj qualifies for #ontariosummergames after breaking his foot mid-season DJ bounced back and was able to show off his great improvements in 🏊🚲🏃this year with an awesome race at provincials! Congrats DJ! #osg2018 #triathlon#koalas #swimbikerun #tri365

The former site of the Triathlon Ontario’s Draft Legal Provincial Championships will serve as race three for the 12-13 category and race four in the 14-15 category. Four qualification spots per gender will be available for OSG.

The long-running Orillia KOS will be returning for another year as part of the Youth Cup and will be the fourth race for the 12-13 category.

@chant_jacob9 had a huge battle for the podium today! Jacob soloed the bike and had a strong run to take the sliver in the 14-15 Ontario Cup Series race in Tecumseh! #shoppinginjuries #cantgetmedown #youknowhowitgoes

The Draft Legal Provincial Championships will be the final event for the 14-15 category. The championship will offer additional points for the series and six OSG qualifying spots per gender will be available.

The final race for the 12-13 age category will be held at the Multisport Canada event in Lakeside, Ontario. The series’ champions will be crowned at this season-ending event.

Our Youth Cup Series locations have been announced for the 2019 Season as well as the Ontario Summer Games qualifiers. Click the link in our bio to see where these races will be happening this year!