The 25 km, three-pronged event is sanctioned by the ITU and boasts an $8,000 purse for the top-five men’s and women’s finishers. In addition, the top-three Canadian elite men and women who complete the 5 km snowshoe, 11 km skate, and 9 km cross-country ski course will stand on Canada’s first-ever 3S winter triathlon championship podium.

Triathlon Canada and its president Luc Landriault, a powerhouse champion of the 3S winter triathlon concept here and abroad, announced the intent to create a national championship on the heels of a successful Grande Finale of the first-ever Quebec Coupe des neiges – a winter triathlon race series – in 2014.

Similarly to the summer triathlon events of swim, bike, run, most Canadians grow up snowshoeing, skating and skiing, so the 3S winter event is a natural extension for Triathlon Canada,” said Tim Wilson, chief executive officer, Triathlon Canada. “Quebec Triathlon hosted a very successful winter series in 2014, demonstrating that winter triathlons are not only exciting and spectator-friendly, but also greatly sought events by athletes of all ages and abilities. We look forward to crowning our very first national 3S winter triathlon champions next month in Quebec.”

The Championship will take place on the final day of the second Coupe des neiges in Quebec, which features events for age group athletes, including the introduction of junior races for athletes aged 12 to 15 years, paratriathletes, and the crowning of the Quebec champions.

“Triathlon Canada prides itself on being a sport for all ages and ability levels from our Kids of Steel program to our Olympic and Paralympic best,” said Wilson, who added that Triathlon Alberta also added a winter race series this year. “Canadians have a passion for snow and ice, and we believe in providing additional race opportunities to passionate triathletes in every corner of our country during the winter months. Triathlon Canada is very passionate about this unique race format, and following in the footsteps of our president Luc Landriault, want to play a leading role in sparking its growth around the world.”

The Canadian Championships is being organized by Groupe Pentathlon. The event will highlight the 11th Pentathlon des neiges, the biggest winter multisport event in the world.  For more information on the winter triathlon and to register, please visit https://www.pentathlondesneiges.com/en/competitions/winter-triathlon-elite 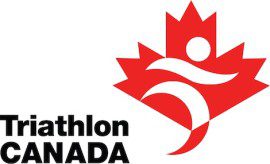