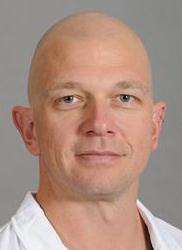 Savage will be in charge of Triathlon’s “Road to Rio” campaign for the 2016 Olympic Games and will take over the new High Performance role from out-going National Performance Director Michael Flynn in the New Year.

It is a major coup for Triathlon Australia – the only country in the world to have a podium finisher in all four Olympic Games since the sport debuted in Sydney in 2000.

Savage has been a key member of Swimming’s senior management team over the past five years and an integral part of the team’s successes at the past three Olympic campaigns in Athens, Beijing and London; 11 World Championships, three Commonwealth Games and the past four Pan Pacific Championships.

He has played an intricate role in swimming’s High Performance team, working alongside successful Australian Swimming head coaches Alan Thompson and Leigh Nugent between 2004 and 2012 and comes to Triathlon with a wealth of knowledge.

Savage brings with him a total of 18 years’ experience working in High Performance sport since he started as a Technical Officer at the QAS in 1993; before a seven year role as a sports physiologist at SASI between 1995 and 2002.

Savage then held the position as Program Manager, Swimming at the VIS between 2002 and 2007, when he took over the role as Swimming’s High Performance Science Manager in 2007.

“We are fortunate to have secured someone like Bernard Savage to lead our High Performance program through the next Olympic cycle,” Ms Gripper said.

“Bernard’s obvious leadership qualities, together with his direct experience at Olympic Games, within Swimming Australia and several of the State Institutes and Academies will set us up for a very successful four years.

While welcoming Savage to the team, Ms Gripper along with AIS director Matt Favier acknowledged the role that out-going National Performance Director Michael Flynn had played. “I would also like to acknowledge the passion and dedication of Michael Flynn, who led Triathlon’s National High Performance program during the previous Olympic cycle.”

Favier also welcomed Savage’s appointment saying: “The AIS is pleased with Triathlon’s appointment of Bernard Savage, who comes to the role with an impressive and extensive background in High Performance sport. The AIS looks forward to working with both Bernard and TA towards success in Rio and beyond.

“Like Anne, the AIS would also like to acknowledge Michael Flynn’s tireless work over the past four years and thank him for his contribution to both the sport of Triathlon and the AIS” said Favier.
Savage said he was excited to accept the position and was looking forward to the challenge.

“I am very excited about the opportunity to work with Triathlon Australia and lead its’ High Performance Programs toward Rio and beyond,” said Savage, who will finish with Swimming Australia at the end of the year after the World Short Course Championships in Istanbul. “Triathlon has a rich history of success at the highest level that I look forward to building and improving on.

“I relish the challenge that delivering ongoing podium success in this sport presents and look forward to working with the coaches and athletes to deliver sustained international success and creating a professional, dynamic and ultimately successful Triathlon Australia High Performance Program.”

His extensive Olympic and Commonwealth Games and World Championships experience working with management, athletes and coaches gives Savage a rare understanding of what is required to be successful at the highest level bringing with him a wealth of experience of the challenges of assembling a diverse group of coaches and individual athletes into a cohesive team environment.

Savage will start his new High Performance role at Triathlon in the middle of January.