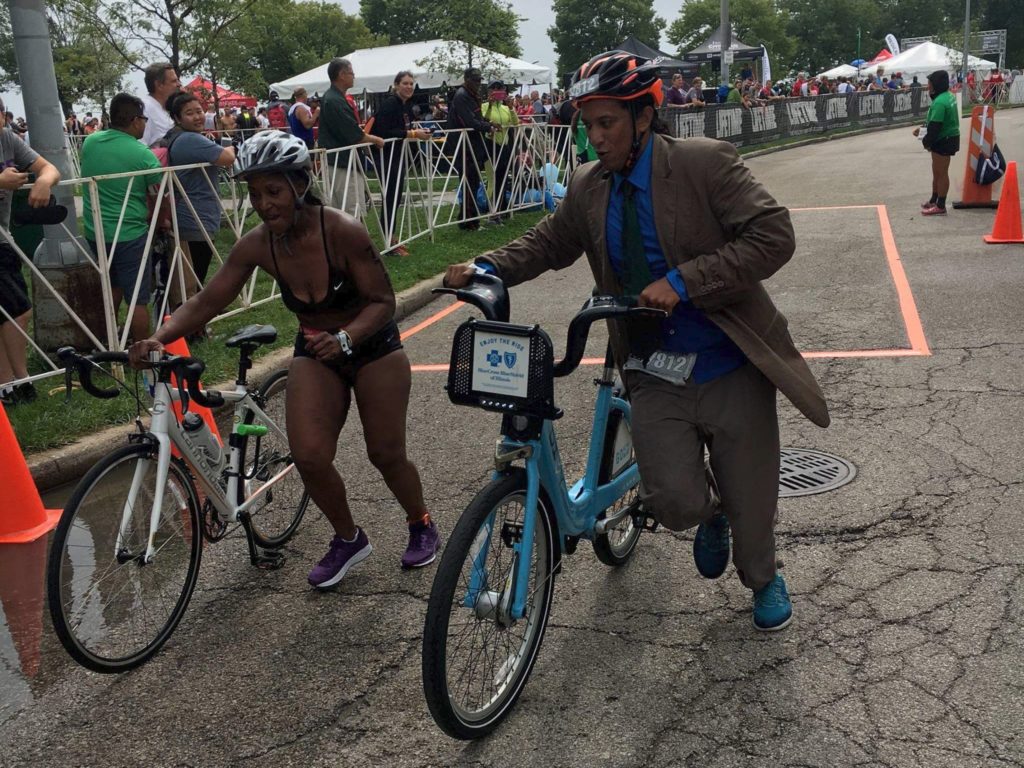 A triathlete at the Chicago Triathlon decided to opt out of racing in his usual top-ouf-the-line gear and complete the supersprint distance in a suit and on a commuter bike.

Rishan Mohideen, who works at a triathlon store in Chicago, told Business Insider he wanted to “put a twist on the ultimate endurance sport” and was inspired by the everyday business men and women he sees commenting to work in their suits.

In his wool suit, Mohideen completed the 13-km distance race in 1:02:54 averaging 2:45 min/metre in the swim, 20 km/hr on his rented commuter bike and roughly 6 min/km pace on the run. His time put him 34th out of 70 male competitors across the distance. Mohideen says the most difficult part of the race was getting a full swim stroke while wearing the suit.

With files from SFGate