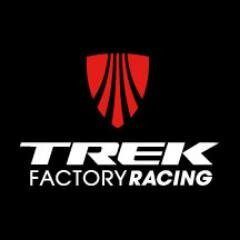 Trek Factory Racing is partnering with the bike advocacy group PeopleForBikes  for the rest of the 2014 international race season, ‘in an effort to make riding better for everyone, everywhere.’ The collaboration is emphasizing this year’s Tour de France. The objective is  to revitalize the campaign that aims to unite more than 1 million supporters of cycling worldwide. Since 2011, PeopleForBikes has aimed  to improve cycling conditions throughout the US. This effort has already engaged 810,000 supporters. The goal for 2014 is to grow to one million or more people who have given their name and email in support of better riding. PeopleForBikes and Trek Factory Racing will announce their strategic plan at  a press conference in Leeds, England, on July 3 at the Tour de France Opening Ceremony and Team Presentation.

“While the challenges and opportunities for bicycling vary around the globe, the benefits are universal,” said President of PeopleForBikes Tim Blumenthal. “A strong, united group of people for bikes can effectively influence government policies and spending, and help assure bike riding conditions that are safer and better for everyone. We are honoured that Trek and Trek Factory Racing are supporting us big-time as we embark on this new chapter of our mission.”

PeopleForBikes and Trek believe that everyone should be able to ride safely and comfortably and enjoy the many benefits of cycling and that cycling can be a catalyst for social change.

“Trek and Trek Factory Racing want the bike riding experience to improve for everyone, everywhere,” said Trek’s Senior Vice President Joe Vadeboncoeur. He added, “PeopleForBikes is a leading organization that inspires this change. Trek was a founding member of PeopleForBikes (then known as Bikes Belong) 15 years ago and continues to be a proud supporter. It is an honour to help propel this movement for better cycling worldwide – starting with the voices of our world-class athletes.”

Trek encourages all professional racing teams, as well as bike riders of all types and abilities to adopt and promote PeopleForBikes’ mission to make the world a better place to ride.