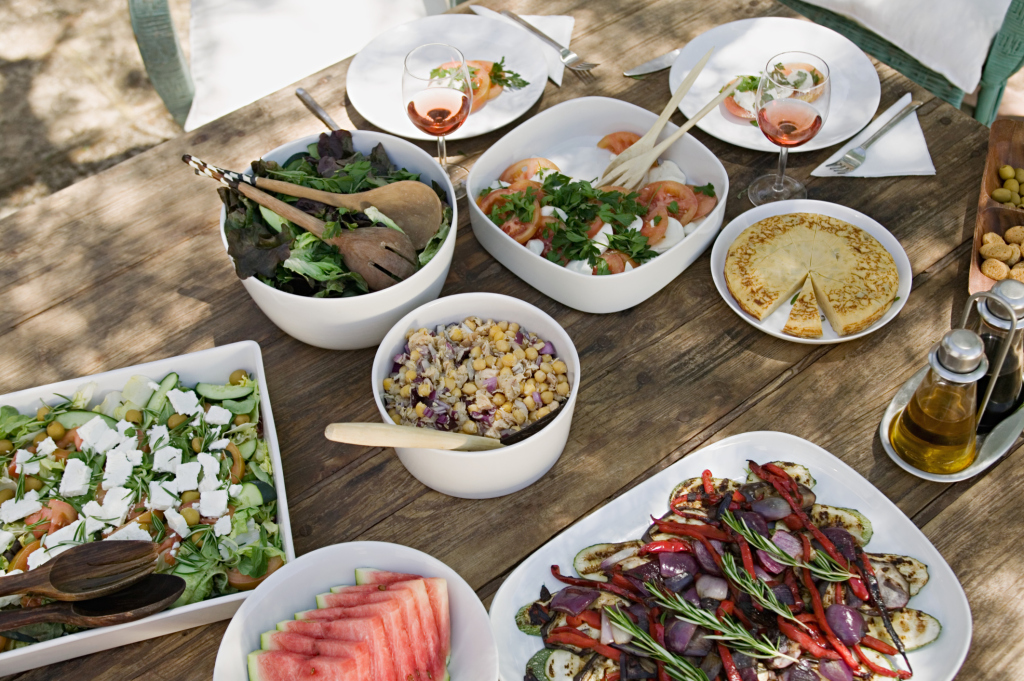 Can dining with certain people or in certain places really make you eat more?

A fascinating new study — “The Fat Suit Study” — by researchers at Cornell University in New York highlights how the size of those around you can influence what and how much you eat.

For the study, researchers recruited 82 university students and invited them to an all-you-can-eat pasta and salad buffet. They also enlisted a professional actress to be present and in some cases wear a 50 pound prosthesis — i.e. a “fatsuit — and thus appear overweight.

Participants were assigned to one of four scenarios wherein they watched the actress either:

In all cases, the participants watched as the actress served herself and then served themselves as much pasta and salad as they desired. Their total food consumption and their choice of food was compared.

The take-home message here is to be (consciously) aware of how hungry you feel before you eat as well as to acknowledge that our eating behaviours may be (unconsciously) influenced by those around us.