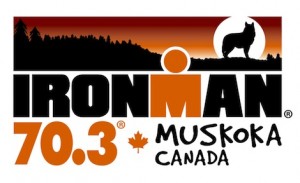 Triathlon Ontario announced yesterday that the July 5th, 2015 Subaru Ironman 70.3 Muskoka race has been named the 2015 Long Course Provincial Championships and is a national qualification race for the 2016 ITU Long Course World Championships.

The race will have one qualification spot per age group per gender up for grabs for the 2016 ITU Long Course Triathlon World Championships in Oklahoma City, Okla. The Subaru Ironman 70.3 Muskoka race is also worth 1.25x the points in Triathlon Ontario’s new Long Course Provincial Series.

Athletes wishing to go to worlds but who don’t qualify still have a chance to go through any unclaimed spots which will be gathered and later opened for general registration by Triathlon Canada at an announced time. Althetes must still do a qualifying race, be a member of your Provincial Governing Body in the year of qualification and competition and contact Triathlon Canada at the pre-announced time to be eligible to claim a spot.