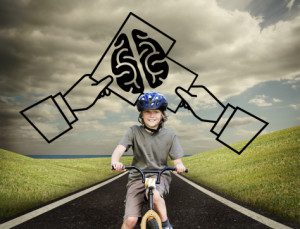 Motor learning can be described as the process of improving the capability of responding based on memory, practice and experience.

The single bout of exercise consisted of either 30 minutes of hard running followed by a long rest period or hard walking. Researchers used the Sequential Visual Isometric Pinch Task (SVIPT) as a measurement where participants were seated in front of a computer with a device (called a transducer) pinched between their thumb and index finger.

Depending on one’s squeeze of the device, the movement of an on-screen cursor would change. Participants were asked to move the cursor as quickly and accurately as possible from a starting position to five spots on the screen based on how hard the device was squeezed.

Researchers found that participants who ran prior to being tested saw the greatest accuracy in the test and conclude that moderate intensity exercise may prepare the brain for acquisition of new motor skills.