Researchers in Denmark have developed an effective interval training program that, when tested, yielded impressive results for average and elite athletes. 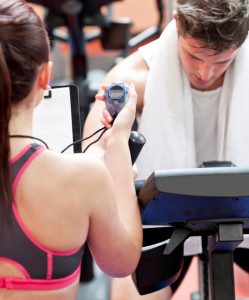 A New York Times article explains that the program was created by Jens Bangsbo, a professor of physiology at the University of Copenhagan. Dr. Bangsbo studies the effectiveness of interval training in his lab. Acknowledging that participants in studies like these are usually high-performing athletes who are tested under regulated supervision, he wanted to study the same subject under “real-world circumstances”. By creating a method that would be tested on average, recreational athletes, Dr. Bangsbo and colleagues hoped to formulate an interval training method that would be as appealing and effective for non-athletic people as it was for elite athletes.

As a study for the Scandanavian Journal of Medicine & Science in Sports, Dr. Bangsbo put together a group of 132 regular, middle-aged athletes. He also selected 28 “control” athletes whose regular training would be monitored alongside the studied athletes with their own training unchanged. The program he created is called 10-20-30. Participants use their exercise of choice (Dr. Bangsbo’s athletes ran) and push mildly for 30 seconds, harder for 20 seconds and reach an all-out sprint for 10 seconds. Dr. Bangsbo’s runners used 10-20-30 training in the place of two of their usual weekly runs and in doing so decreased their weekly mileage. They each tested their 5 km time prior to beginning the program. 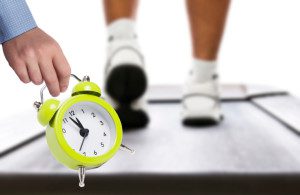 The results found that after eight weeks, almost all of the participants decided to continue using 10-20-30 training. When they retested their 5 km times, they were on average 38 seconds faster. Participants also showed lower blood pressure levels. The 28 control athletes showed no changes.

While improving the runners’ results, this method also proved to be a more enjoyable form of interval training. Dr. Bangsbo says that the training can be done with a partner or solo and the intervals can be recorded on a device or simply counted out by the athlete. Rowing, running and cycling are all great activities for the 10-20-30 program. He advises that anyone interested in trying it out should replace only one or two of their weekly workouts with it at first. Do five of the full set of intervals without rest in between, then rest two minutes. Repeat and then cool down. Dr. Bangsbo emphasizes that “the aim is to cover as much distance as possible in those (last) 10 seconds.”