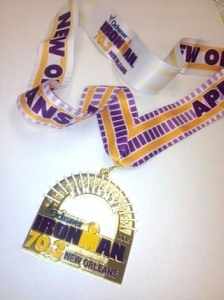 This Sunday will see seven Canadian pros line up for the Ironman 70.3 New Orleans. Heavy rains and thunderstorms have forced a relocation of the race expo and registration site, as well as some of the scheduled Ironkids events, but race day activities are still set for Sunday’s main event.

Canadians Trevor Wurtele and Cody Beals, along with Eric Limkemann (US based Canadian) are likely to headline the Canadian charge. Neo-pros Dylan Gleeson from the west coast, Richmond, B.C.-based Jeff Manson and Ottawa’s Jordan Monnink will also have the chance to showcase their power against some of the best athletes in the sport including race-favourite Andy Potts.

On the pro women’s side Alexandra Gordichuk will be the sole Canadian toeing the line. 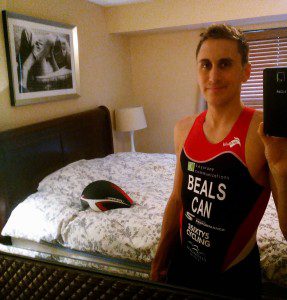 Check out Cody Beals’s blog on his first race of the season this weekend and his extended off-season.