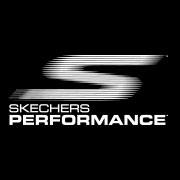 The partnership will begin this year. Always striving to improve their products, Skechers Performance is excited to gain insight into the athletic experiences of the tens of thousands of runners in triathletes in LifeSports’s network. These athletes come from over 20 countries worldwide, giving Skechers a broad international sampling of daily, real user experience. “Skechers Performance was built on the concept that we truly listen to runners’ needs and take their feedback seriously when developing footwear,” said David Beecroft, Country Manager at Skechers USA Canada, Inc.  “Putting the runner first is essential to developing the best performance footwear on the market and our new partnership with LifeSport expands on that foundation and will provide additional direct lines to our core customer – the runner.”

Lance Watson, head coach and founder of LifeSport Coaching, looks forward to partnering with standards like Skechers. “Skechers is on the rise – in 2015 the company moved to the number two spot in the U.S. for athletic footwear. We admire Skechers Performance’s pursuit of excellence. The quality of the GOrun footwear line is capturing the attention of serious runners and triathletes. These are comfortable, light, fast shoes.”