Lionel Sanders continued his impressive run of Zwift racing, but had to settle with a fifth-place finish in the second Z Pro Tri Series event. 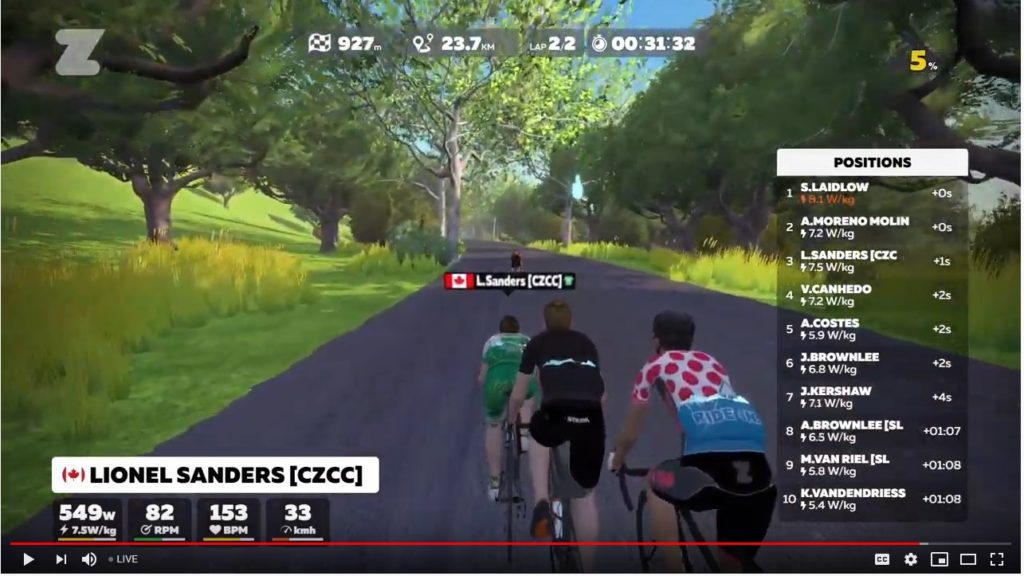 The second race in the Z Pro Tri Race series featured a showdown between Lionel Sanders and Alistair and Jonathan Brownlee, but those three couldn’t hang with the leaders up the final climb as France’s Sam Laidlow pulled clear of a breakaway group of seven to take the men’s race.

An early break of eight included Sanders and the two Brownlee brothers formed up the first two two climbs up “Box Hill” – part of the “London Loop” course on Zwift. The athletes completed 1.5 loops of the course for a total of 24.7 km of racing. Alistair Brownlee was dropped out of the group with seven km remaining, setting up a big effort to the finish line up the final climb up the same hill that the group had used to ride clear of the rest of the field.

In the end it was Laidlow, who was born in the UK but grew up in France, who pulled clear of the rest of the field, with Spain’s Albert Moreno Molins taking second and France’s Antony Costes following up his runner-up finish in last week’s race with a third-place finish today. Sanders would once again get pipped at the line, finishing just 28/100ths of a second out of third. Another Canadian, Frank Sorbara, rounded out the top-10. 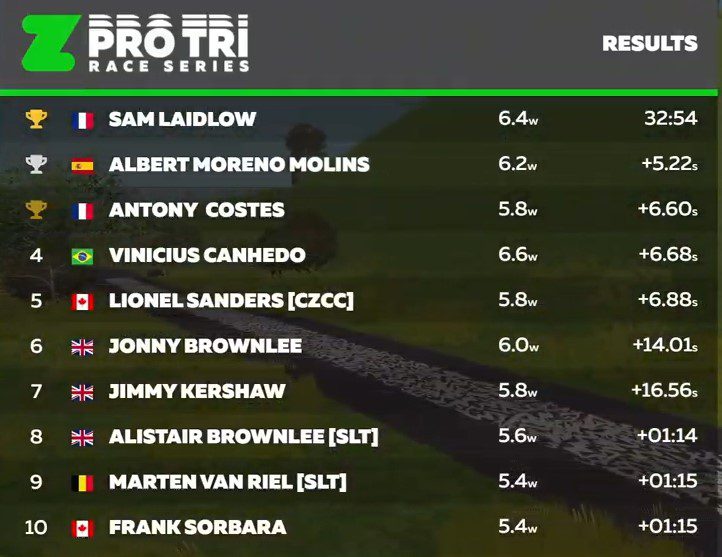 Lucy Charles-Barclay spends a fair amount of time on Zwift even when there isn’t a pandemic, so it comes as no surprise that the three-time Kona runner up from the UK would use the challenging climbs to her advantage in today’s ride. She and countrywoman Emma Pallant pulled clear of the rest of the field on the Box Hill climb and never looked back, with Charles-Barclay pulling clear for an impressive win. Australia’s Grace Thek ended up third, with last week’s champ, Flora Duffy, finishing sixth. Canada’s Amelie Kretz finished ninth. 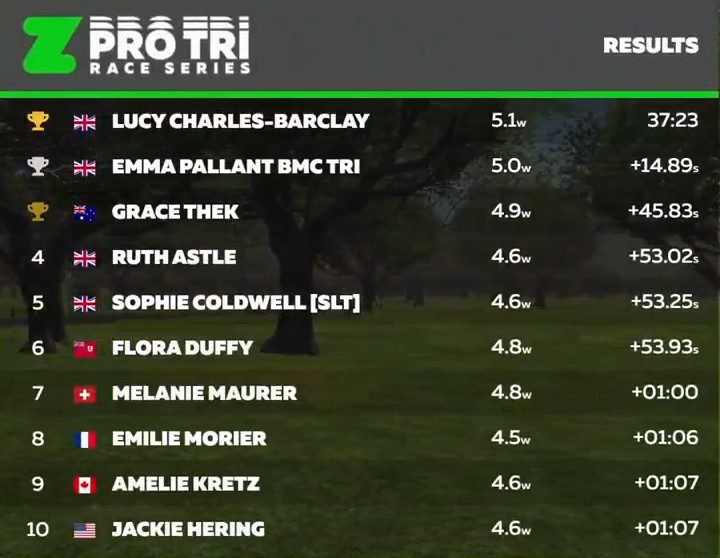