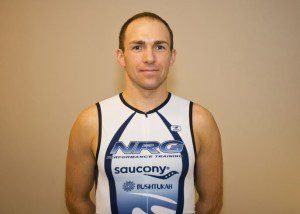 Ottawa Ont.’s Ryan Cain turned pro in 2011 and had his most successful year in 2013, making it clear he is a Canuck on the rise. Cain works full time for the Government of Canada with the Department of National Defence, conducting fitness tests, providing personal training and assisting with health promotion for the Canadian Armed Forces. We asked Cain to weigh in on his career so far and his plans for 2014.

TMC: You had a breakthrough race at Ironman Lake Placid, coming in fifth with a PB marathon of 2:56. What came together that day? Did a DNF at Ironman Texas prior to that have anything to do with it?

Ryan Cain: My first DNF at Ironman Texas was a tough pill to swallow, but looking back it was the right decision. It was such a hot day that I cooked myself on the bike and couldn’t handle the heat on the run. Coming off a Canadian winter, and having a really cold and wet spring, I didn’t have the heat acclimation that I needed. But it made me Ironman fit in May, which set me up for a great day at Placid. It also helped that I knew the course and where it was going to be difficult. I tried to visualize those spots in training and have a strategy in place for when I got to those tough moments.

TMC: You went even faster later in the year at Ironman Arizona but you ran slower than you did at Placid. Were you satisfied with your performance?

RC: Good question. I am disappointed a bit in my performance, specifically the run. Given my training in the lead up, I should have been able to better my marathon time from Lake Placid. But I am proud of myself for grinding it out, even though it wasn’t going my way. In terms of overall placement, it was a stacked field and those guys were awesome. I started running 3:55/km for the first 15 km and didn’t catch one person. I think that speaks volumes about the quality and depth of the field. The quality at each race is so deep these days. Had I run what I was capable of, I could have moved up one or two spots, but definitely not into the top five or 10. Had you told me before the race that I was going to go sub 8:30, I would have taken it in a heartbeat, but I would have been shocked that would get me only 15th or so. My hat goes off to those guys—they were flying.

TMC: You’ve made a steady rise and improvement in your Ironman times since your first in 2007. What has made the difference since 2012, where you are now regularly clocking times in the sub nine-hour range?

RC: I think there are a few things that have really allowed me to improve over the last couple of years. They all stem from Nigel Gray, head coach of NRG Performance Training. He has really brought consistency and periodization to my training. He is very professional and his attention to detail is making the difference.

TMC: What will it take for you to go to another level of performance and contend for a win?

RC: Getting a big sponsor that will allow me to quit my full time job and train full time. Ha ha, anyone can dream right? In all seriousness I think it is time, getting such a late start in Ironman and not having done any of the three sports growing up, it takes time to develop that base and overall strength. Fortunately, running came very naturally, but I need to improve on my bike, I am losing too much time to the top guys and that needs to be addressed, which I am doing, but there is still a lot of room for improvement.

TMC: What got you into triathlon, and then Ironman racing?

RC: I moved to Australia for a year after university and people think I got started there. But I spent most of time drinking beer and chasing girls, so when I came home I started running with my sister to get in shape. She was training for her first marathon. Some of her training partners were also training for triathlon so I jumped into a local Somersault race and was hooked. Naturally I then wanted to do Ironman and went 11:02 in my first one. When friends qualified for Kona, I then set my sights on that and qualified as an age grouper the very next year with a 9:56 at Ironman Canada.
TMC: How are you able to fit in all the training with your full time job in the Canadian Armed Forces? Why did you decide to turn pro?

RC: I’d prefer to get more riding in, but there are only so many hours in a day.  I fit everything in with a combination of early mornings and a very understanding wife.  I train before starting work at 7:30 am and then get another session or two in after work. The only thing that has really changed since turning pro is that I feel more of a necessity to get in the work. I know that a lot of my competitors are training full time and in warm climates, so I need to ensure I use every minute I can, so I don’t get left further behind. My main reason for turning pro was that I always compared myself to those guys and used them as a measuring stick, but I could never really do so because age group and pro races are so different. The bike course in the age group race is busier and it’s often a challenge not to draft, whereas the pro race for me is pretty much a solo TT effort.  I come out of the water a couple of minutes back of the lead group of swimmers and I am not strong enough on the bike to close that gap. Thankfully, I have the entire day to claw back, but it can be mentally taxing always trying to play catch up.

TMC: You’ve recently added triathlon coaching to your repertoire. It seems like a natural fit and progression, but why now and what can athletes expect from you?

RC: I have been involved in various aspects of coaching for quite some time. Given my background in Kinesiology and the past seven years of endurance sport, I feel that I can help athletes benefit from the experience that I have. Being coached by Nigel has really helped me realize how I can apply my academic background to the sport. One of my biggest beliefs is that you can achieve success and still maintain a life outside of triathlon.

RC: I will continue to work my butt off, both professionally and athletically and will try to get as fast as possible. The plan is to get in a few early season races, such as Florida 70.3 or New Orleans and focus on a full such as Coeur D’Alene, the new Challenge race in Atlantic City or the Challenge St. Andrews. That will take me halfway through the summer at which point I will re-evaluate. Honestly, I’d love to take a little break and then focus on another late season full such as Cozumel, Florida or Arizona. A lot depends on finances and how my body holds up to the workload.