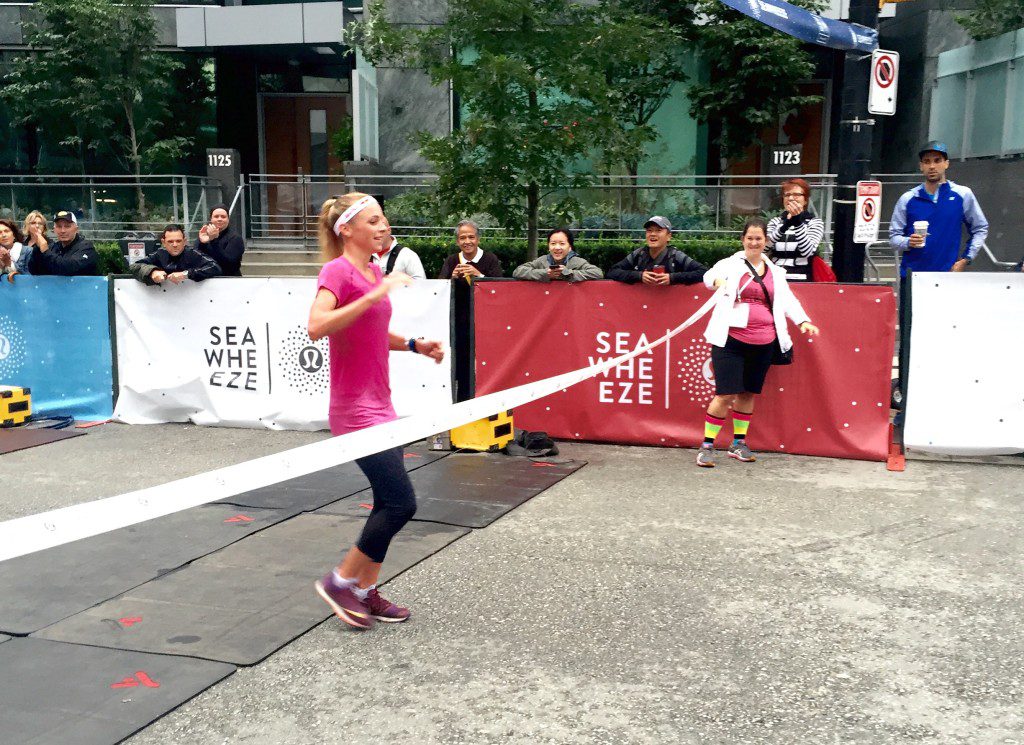 Kirsten Sweetland started her year off with unfortunate luck. After falling ill with both a parasite and bacterial infection in the late summer of 2014, the 26-year-old ITU athlete from British Columbia found her training derailed and her race results slipping for months after. At the ITU World Series in Hamburg in July 2015, she placed 34th. This was the same race she had earned bronze just one year earlier. Back on track and feeling better for the first time in almost a year, Sweetland claimed a win at the Seawheeze Half Marathon in a time of 1:19:08 in Vancouver this past Sunday, placing fifth overall. TMC spoke to her about her experience at Seawheeze, her current training and her plans for the future of her career as a triathlete.

You’ve been open about your health issues over social media and on your blog. How has your season been since your recovery?

Yes, I’ve been able to be open about it since we diagnosed the problem. Unfortunately I’m not fully recovered as the treatment process is quite extensive. I’ll be on a heavy dose of a powerful antibiotic through the end of the racing season. Even since getting on antibiotics I feel a lot better. I have gone from not being able to complete a race to top 20 at the Olympic test event which is really a huge step forward in my eyes. Even though normally I would set my sights higher than that, I have to respect the process of all of this! 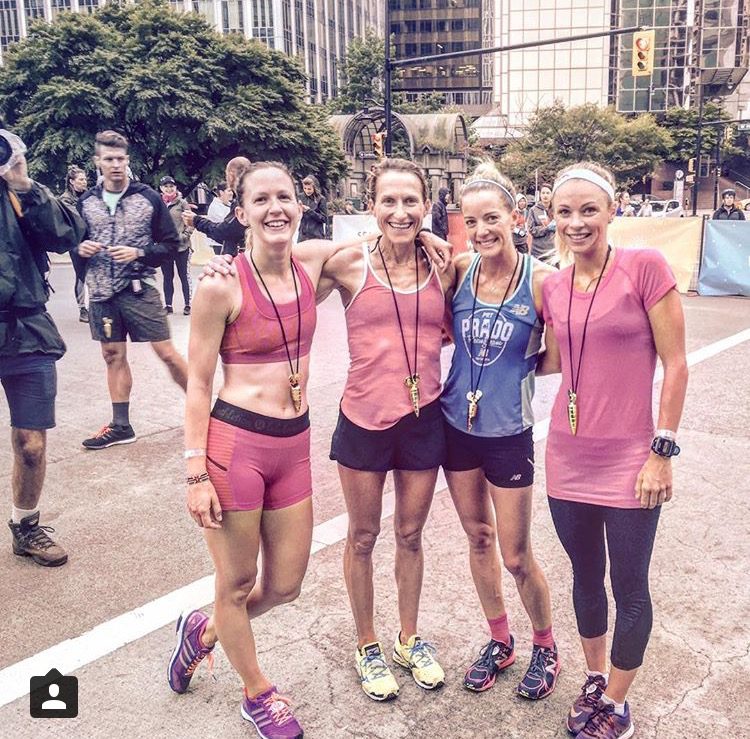 What prompted you to race Seawheeze Half Marathon and what makes this race unique? Is running your strongest discipline in triathlon?

Lululemon is one of my sponsors and I was excited to come and spend the weekend with them. It wasn’t until the morning of the race that we decided I’d actually run it as a race! My original plan was the stick with the Lululemon team and jog and high-five all the racers! I had permission from my coach to run a solid race if I wanted to so that’s what I did. This race has such great atmosphere! It’s so much more than just a running race. It’s a weekend event of yoga, running, health and fun! It was cool to see all of downtown Vancouver dressed in Lululemon on a Saturday morning!

I’ve been doing triathlon for a long time now so I’ve had time to even out my ability in all three disciplines fairly well. I’d say cycling is the most natural to me even though running is probably my favourite.

How are you feeling about your training right now?

I’m pretty much back to normal training since I’m feeling better. I still occasionally have to make adjustments, such as on hot days because I’m still sensitive in the heat. Other than that it’s going well and I’m feeling fit! My coach is happy with our progress as is my doctor. I’m currently training alongside the New Zealand national program in my hometown of Victoria, BC. It’s been great!

What does the rest of your race season have in store?

I’m racing the last stop in the World Triathlon Series before the Grand Final which is in Edmonton in under three weeks. I’ll also race the Grand Final in Chicago and then it’s already over. It feels like I just started!

Any big plans for the future? What can we expect to see from you long term?

I’d really love to make it to an Olympics at some point in my career. My main short term goal is to qualify for Rio. After that I’d like to dabble in some other types of triathlon for a while and see how I like that. I can’t forget about the Tokyo Olympics though. There are so many things I still want to try and do!