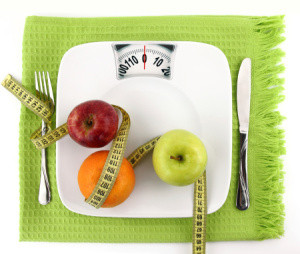 In the States, the FDA is introducing new caloric labeling rules that will require restaturants and other food-vendors to post nutritional information on menus. In Canada, many fast-food chains, like Tim Hortons, have nutritional information available in brochures or posters. The FDA is ruling that even vendors like movie theatres, grocery store delis and sit-down restaurants should post information. Should Canada follow suit?

Evidence has shown that caloric labeling on menus will only have a modest influence on the behavior of consumers. While one may take time to look at nutritional information when browsing items in the grocery store aisle, does one really enter a restaurant with the same mindset?

Daniel Kahneman, a Nobel Prize winning behavior economist, says that the human brain is divided into two systems. The first system is the one that works automatically and quickly, operating based on instinct, while the second system is thoughtful and considers options. Kahneman says that we default to the first system because it requires less effort. This system is particularly dominant in arousing situations, while the second system is prevalent in times of cool rationality.

While the second system of thinking would be the one that would analyze nutritional content on a restaurant menu, is that really the one that we go out for a nice evening in? 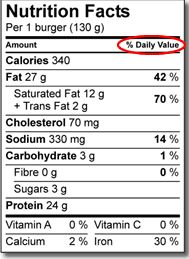 Peter Ubel, a behavior scientist at Duke who has studied the impact of nutritional labeling, says that the way restaurants are designed speaks to your brain’s first system—the dim lighting, low music and colours contribute to a more spontaneous mindset. He also points out that there are social pressures that can come with eating out—people feel self conscious about what other people will think of their order. It may be socially difficult for a man out with his guy friends to order a light option. Individuals out on dates often feel as though the other person will judge their order. This phenomen has gone far enough that some magazines even give advice about what to order on a first date.

Athletes trying to eat healthfully can also sometimes experience judgment from friends or family. In this case, the best option is to take one of two routes—the first being to laugh it off: “you know me, the more colourful the food is, the better!” or to take a more serious approach and explain how the food you eat affects how you feel during your workouts.

Regardless of what the future holds with regards to labeling in Canada, we recommend that runners limit the number of times a week that they eat out, particularly at fast food joints, due to research that shows homemade meals to be more nutritionally dense. Plus, that way if you only go out occasionally, you can make it a special treat where you order whatever you feel like