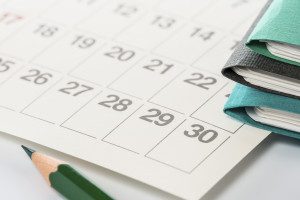 With the days now becoming progressively longer, more of us are emerging from self-imposed degrees of hibernation and looking for races to train for.

There’s no shortage of potential races across North America to check out. While some high-profile events may be sold out (Ironman 70.3 Mont-Tremblant), several hundred other sprint, Olympic, half and full distance events await your entry. And there’s no need to panic.

“A lot of triathletes don’t really kick off their training seriously until the first signs of spring appear,” says Shaun Callaghan of Pacific Rim Multisport, which is OK, he continues, because there “is certainly plenty of time to prepare and race successfully this season.”

As a first step, IMJ Coaching’s Scott Jones says athletes need to be honest with themselves and, if they have one, their coach. “Without honest communication with the athlete, coaching is a huge guessing game.”

If you have a coach, though you can tap a wide range of books and online resources for guidance, too, now is a good time to get some input on which races make the most sense for you and to put in place a plan to complete an event or be competitive.

“Too often athletes make the mistake of simply going out and training without understanding what it is they are trying to achieve within both a workout and the bigger picture of the specific training block,” Callaghan says. “Each workout should have a goal and structure to it in order to build on the other workouts both within the week and within a specific training block. Simply working out with no structure won’t yield the best of results.”

Both coaches say there are no shortcuts.

“I have had athletes come to me who are looking for a secret,” says Jones. “Once they find out that there is not a 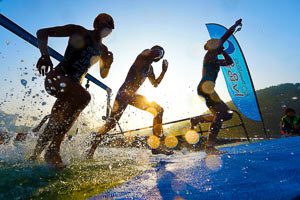 secret to success in this sport and that it is about consistent, frequent training over a long period of months and years, some lose their motivation.”

Jones says that’s where a coach can help match an athlete’s expectations with the time they are willing to set aside to prepare.

Goals for the season and/or individual races, Callaghan adds, “should be both measurable and achievable. It’s no use setting unrealistic goals that are completely out of reach.”

For example, be clear about how much time you have to train and make a commitment to do 95 per cent of all scheduled workouts. If you have previously raced, then look to improve your performance at a specific event.

A starting point for any training program is assessing one’s current level of fitness.  Jones says he initially reviews what an athlete has been doing the last three to four months.

“Is this a person who has been an athlete all their life and is transitioning to triathlon? A true beginner? A triathlete coming back from an extended break, or a pure triathlete just making a coaching change.” 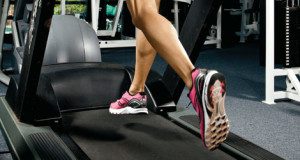 Then, Jones says, he looks at what tools are available to the athlete: treadmills, indoor bike trainers, what’s the climate where they live and what access is there to a pool. “With that I can then start putting something together that will be appropriate for that athlete, to take them from where they are at that point and move forward with a game plan,” says Jones. “After a few blocks of training, I can then start to dial in that athlete with protocols that will directly address the type of training that will be right for them.”

Callaghan says if you’re new to the sport, then you should look for a sprint tri with a pool swim as it’s far “less intimidating than the rugby scrum” at many open water events.

The beginner also should give themselves 10 to 12 weeks to prepare and look to move to an Olympic distance race another four to six weeks later. So, if you’re starting from scratch at the start of March, you should look for a June race and a second one in August.

If you’re considering a half distance this season, there’s no shortage of races in the second half of the year if you’re just starting to train this month. “An experienced athlete would need three to four months to adequately prepare themselves for this kind of racing,” Callaghan says, with several shorter races put into the plan.

Both coaches say an athlete shouldn’t rush to a start line or train too much or too hard. “These days too many athletes over complicate their training and end up injured or burnt out from some of the monster weeks they do,” Callaghan says. “They’d be far better off simply figuring out what their schedule can handle from a time perspective and focus on completing each and every workout every week for as long as possible.”

While reluctant to discourage someone from signing up for a half or full distance race as their first step in the sport, Jones says a coach often can see in advance what an athlete can or can’t do, and sometimes it’s best if they go their separate ways.

“I once lost an athlete because I was not tactful enough in sharing with him that he did not have the space in his life for Ironman,” Jones says. “He works 50-plus hour weeks, has three small boys and an exhausted wife at home. He was training despite his circumstances. His journey in our sport was not adding to his life, it was high-jacking it.”

There are also athletes who want everything immediately: an age group win and a slot to compete at a championship event.

“I don’t have a plan for is the guy who wants all of that, but can’t find his way to the pool or onto his bike,” Jones say. “I have to be motivated to write protocols that are not going to be death marches for the athlete.”

Timothy Moore is a long-distance triathlete and online financial editor based in Squamish.