Triathlon Ontario held draft legal provincial championships on Saturday in Ottawa, as a part of the three-race provincial series. Athletes who also raced either Belle River or Toronto Triathlon Festival were eligible to win the overall series with their ranking determined by the best two of three performances. The most points were awarded in Ottawa. 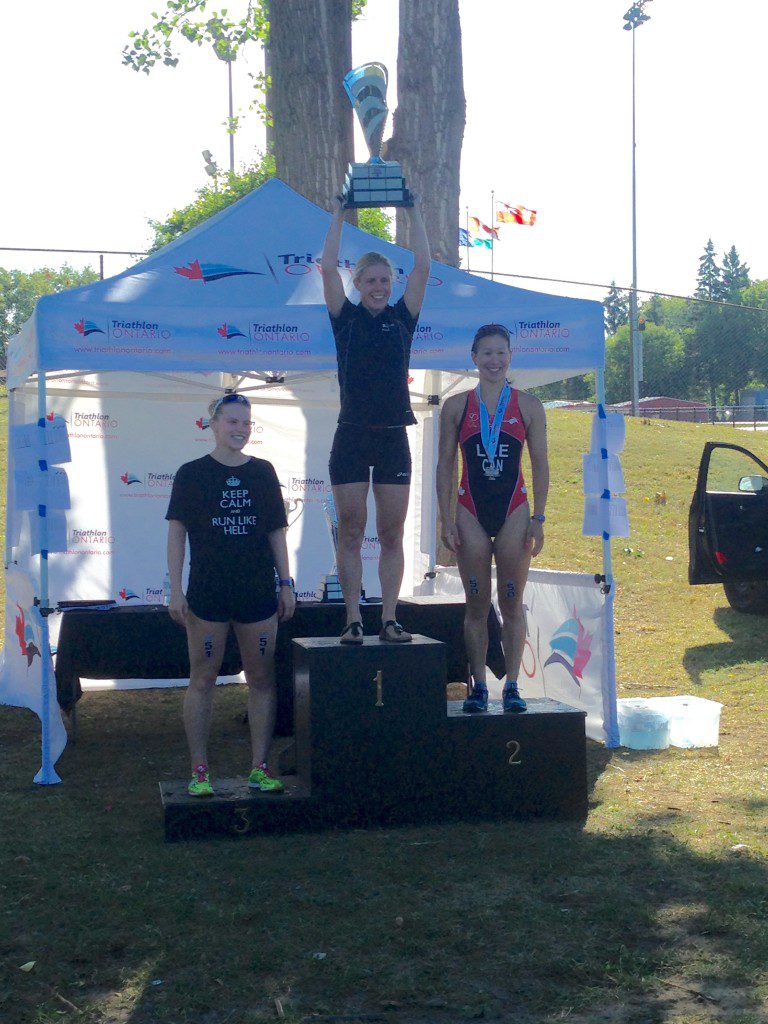 In the women’s race, junior elite Elise Bolger led out of the water, with Dominika Jamnicky close on her heels. The two girls kept their gap on the bike, and Jamnicky pulled away on the run to finish first, and to unofficially win the overall series. Bolger took the first place junior title, and, unofficially, the junior overall series title. Behind them, Leanna Lee placed third overall, and second for U23/elite, and Abby Miller third for U23/elite. In the junior elite category, Danae Morris won the silver medal, and Erika Rankin the bronze. Jamnicky commented, “Yesterday was my sixth time racing OAT provincial champs, and as always it was a fun filled day. It’s nice to see familiar faces and the support from the spectators was encouraging. I’m looking forward to coming back again next year!” 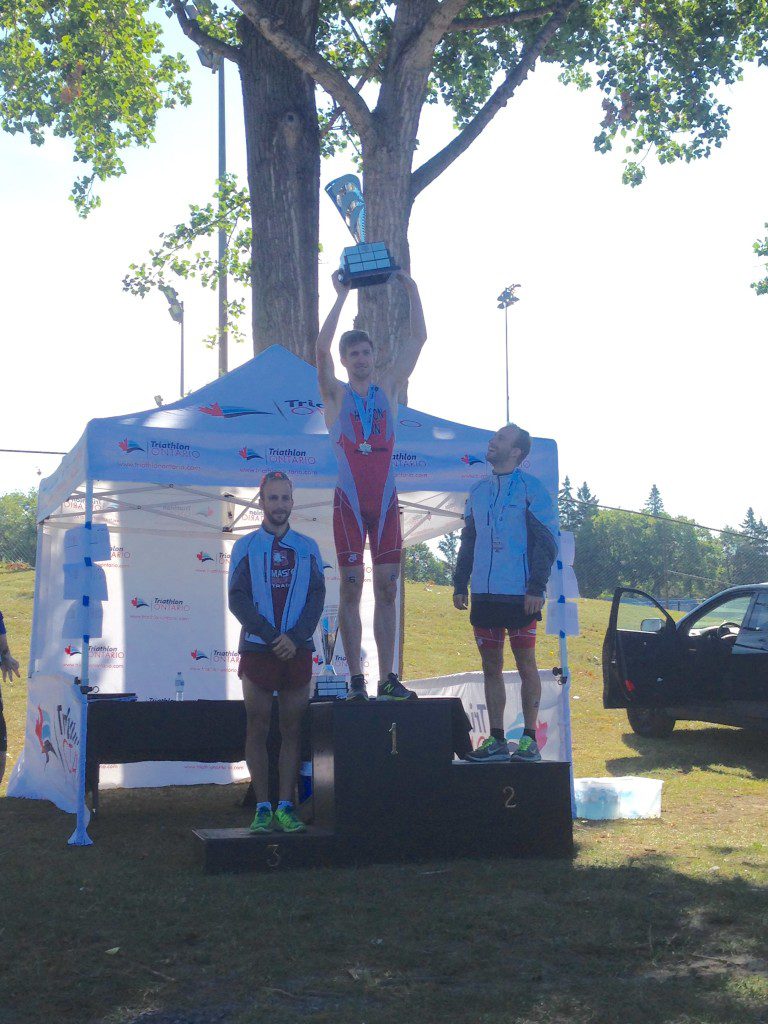 There was a competitive field in the men’s race, with a large pack of men coming out of the water together including Regional Triathlon Center athletes Alexander Hinton and John Rasmussen, and last week’s National Champion, Taylor Forbes. Eight men began to vie for position, with Jackson Laundy and Myles Zagar putting in attacks, knowing that it was going to come down to a fast run. Onto the five kilometer run, Hinton and Austen and Taylor Forbes gapped the field. The last 400 metres came down to a sprint in which Hinton managed to take the win in the last 50 metres, followed by Austen Forbes two seconds behind, and Taylor Forbes ten seconds behind his brother.

In the junior elite category, Aron Mohammadi placed first, Liam Donnelly second, and Aaron De Jong third. Hinton said, “Happy to win the first elite provincial title after a hard battle with some of Ontario’s best. The fleet footed Forbes twins were surging the whole run, but I was able to hang on and find an extra gear in the final few hundred metres. This race was a successful culmination of the first year of the provincial elite series, which hopefully will continue to grow bigger and better in the years to come.”