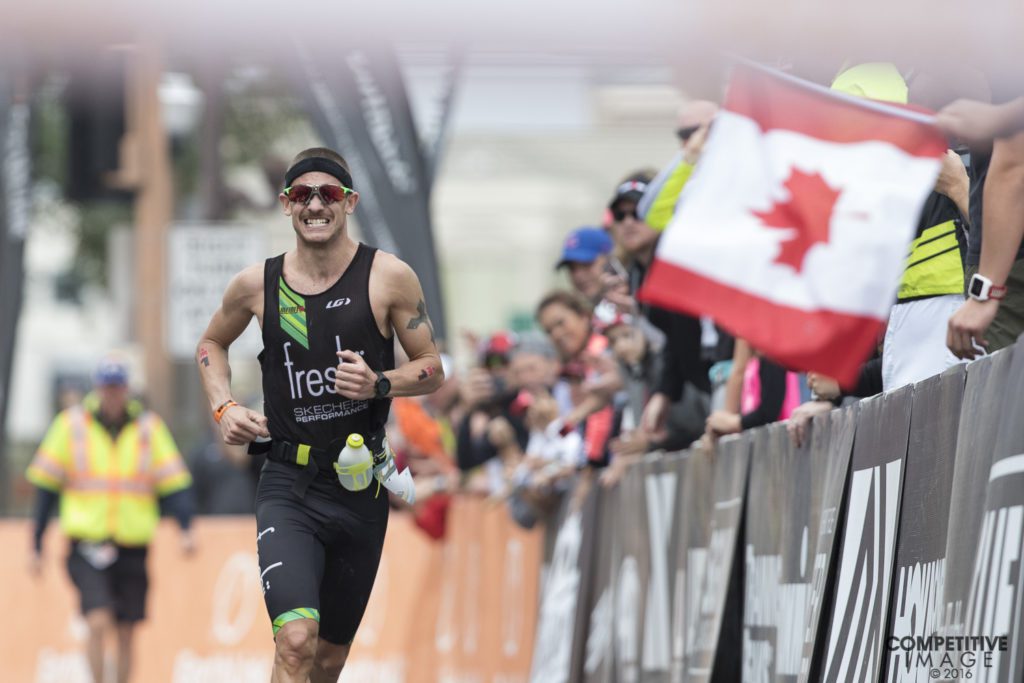 Yesterday’s Ironman Arizona was arguably one of the best races for Canadians in the 2016 season, with Lionel Sanders shattering the Ironman-brand full distance world record on his way to the win (7:44:29), Brent McMahon taking second as well as setting a new IMAZ run course record (2:40:17). But those weren’t the only outstanding Canadian performances yesterday. Here’s a round-up of the other exceptional Canadian races.

B.C.’s Malindi Elmore, a former professional track runner, had a solid and steady race which resulted in a sub-nine hour Ironman debut and a third place finish in a stacked women’s field. Elmore didn’t make the front pack on the swim but rode her way up through the field quickly and then delivered the second fastest marathon time of the day to secure a podium spot.

Brent McMahon has one of the most impressive full Ironman resumes of any long distance male athlete. He now has four sub-eight hour Ironmans to his name after yesterday’s 7:50:15 finish. His blazing fast 2:40:17 marathon time yesterday set the new IMAZ marathon course record and was more than two minutes faster than Sanders’ time.

Penticton, B.C.’s Jen Annett looked like she was going to earn herself a podium finish yesterday until the late stages of the marathon where she faded. Overall, Annett had some remarkable times which resulted in a seventh place finish behind some of the sport’s best. For Annett, 2016 has been a fantastic season with a win at Challenge Penticton and national long distance title.

Alberta’s Joel Maley was the top age-grouper in a time of 8:43:52, running a sub-three hour marathon on the way. Maley competed in the very competitive 30 to 34 age group.