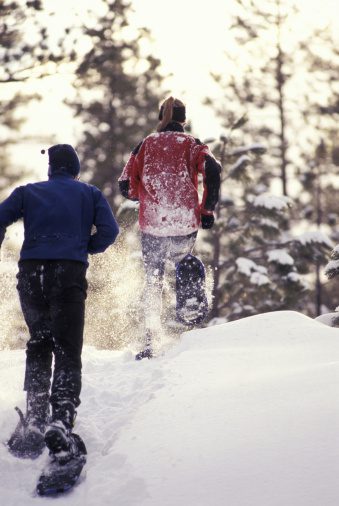 Now that Kona is over, why not think about trying a winter multisport event? Quebec City’s Pentathlon des Neiges opened for registration on October 1, 2015. Presented by MEC, the 12th edition of the event will be held on the Plains of Abraham in Quebec City from Saturday February 20 to Sunday February 28, 2016.

The Pentathlon includes nine days of activities where families, children, amateurs and pros alike can take part in several challenges either solo or in teams of two to five participants in five disciplines: biking, running, cross-country skiing, skating, and snowshoeing. Last year, more than 5,300 people took part in the event.

A few new features this year

In addition to the pentathlon activities, triathlon– snowshoeing, skating and cross-country skiing – will also be contested. But the big news is that the 2016 edition of the Quebec Winter Triathlon is becoming an International Triathlon Union Winter Triathlon World Cup.

Another new feature this year is a day of activities for seniors 50 and up. Various formats are offered: open participation allowing participants to skate, ski or snowshoe at their own pace; a single timed segment; or, for the more competitive, a triathlon sprint, solo, in tandem or as a team. Finally, a Skiathlon event , with two distances offered (2 x 6 km and 2 x 3 km) combining classic and freestyle cross-country skiing, will be held in the early evening on Friday February 26.

To see the full program and sign up, go to www.pentathlondesneiges.com/fr .

“We want to enable athletes of all levels to enjoy the winter season and take up a challenge, whatever it may be,” said François Calletta, General Manager of the Pentathlon des neiges. “In addition to promoting health through physical activity, our goal is to also contribute to collective health by helping young people from underprivileged areas access extra-curricular sports via the À l’école moi j’bouge project of the Réseau du Sport Étudiant du Québec, in the Quebec  City and Chaudière-Appalaches regions. Since 2010, over $90,000 was donated to the program, helping more than 3,000 elementary school children.”