Related: Will the 70.3 World Championship be a showdown between Lucy Charles-Barclay, Taylor Knibb and Flora Duffy? 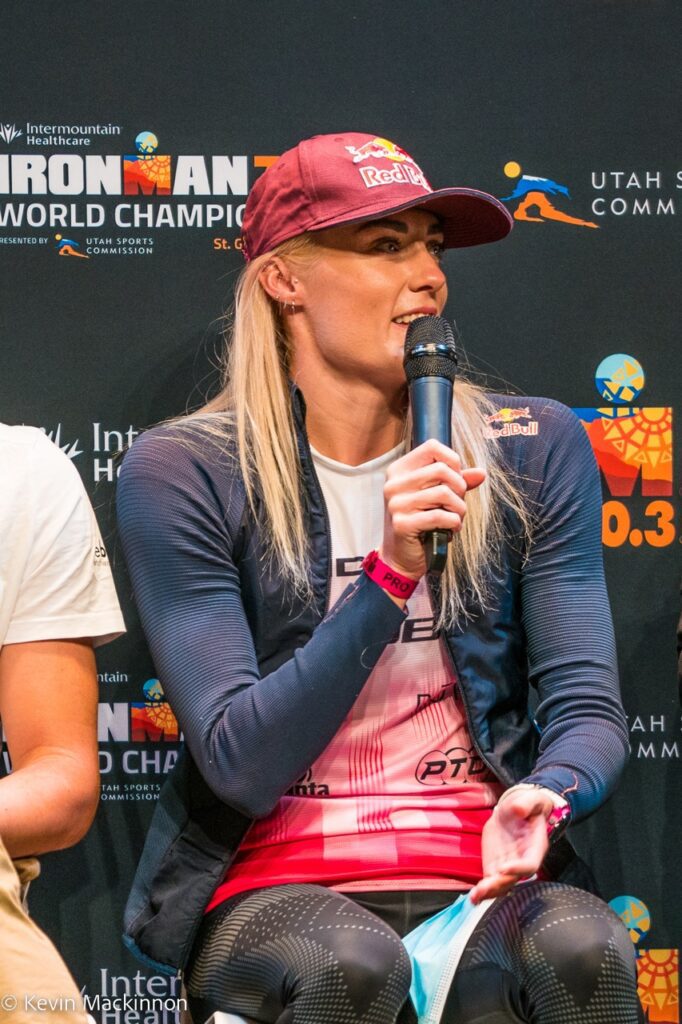 A year ago Lucy Charles-Barclay took her first world title thanks to a stellar day that included the day’s fastest swim, bike and run legs.

After injuring her hip earlier this year, the former national team swimmer opened her 2022 season with a win at the World Triathlon Long Distance World Championship in Samorin, Slovakia, and followed that up with a third-place finish at the PTO US Open. Then came her fourth straight Kona runner-up finish.

With so few races under her belt, she says she’s feeling fresher than normal for this time of year.

“My body seems to have kept up and is feeling fresh,” she said.

That’s not great news for the rest of the field. 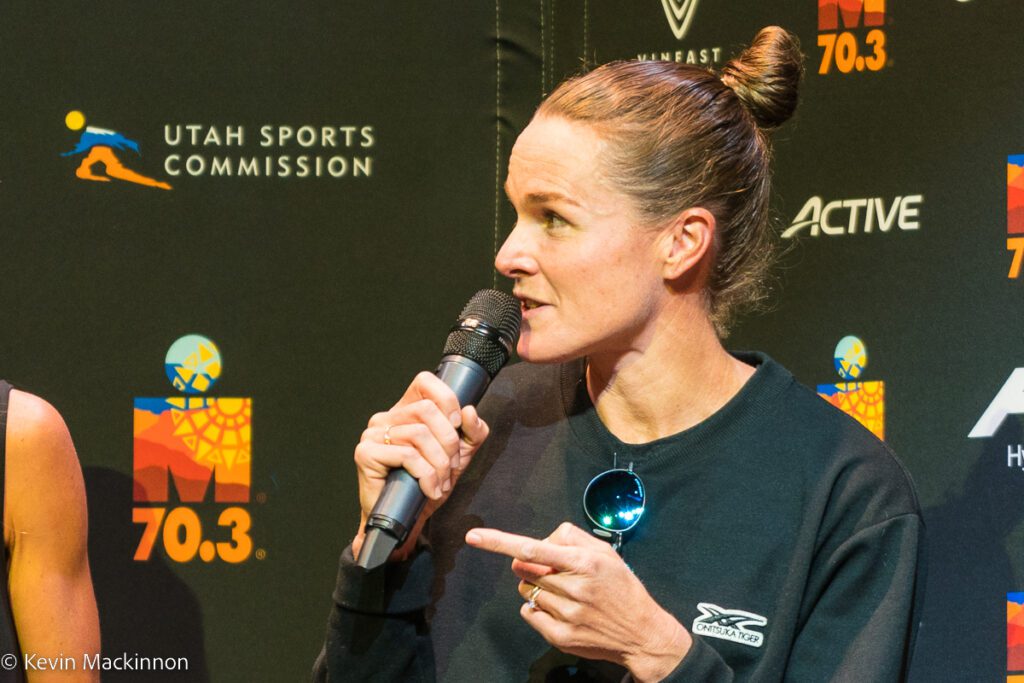 Duffy prepares for her second 70.3

It’s hard to believe that one of the pre-race favourites has only completed one half-distance race in her career – a close win over Pallant-Browne at Ironman 70.3 South Africa in January, 2020. Duffy hasn’t exactly excelled in her long-distance efforts this year, finishing ninth at the Collins Cup and sixth at the PTO US Open in Dallas, but you’d be nuts to count her out this weekend. In addition to being Olympic champion and one of the strongest cyclists in short-course racing, she’s a six-time Xterra world champion. It’s just a matter of time until she nails a long-distance race. Will it finally happen tomorrow? 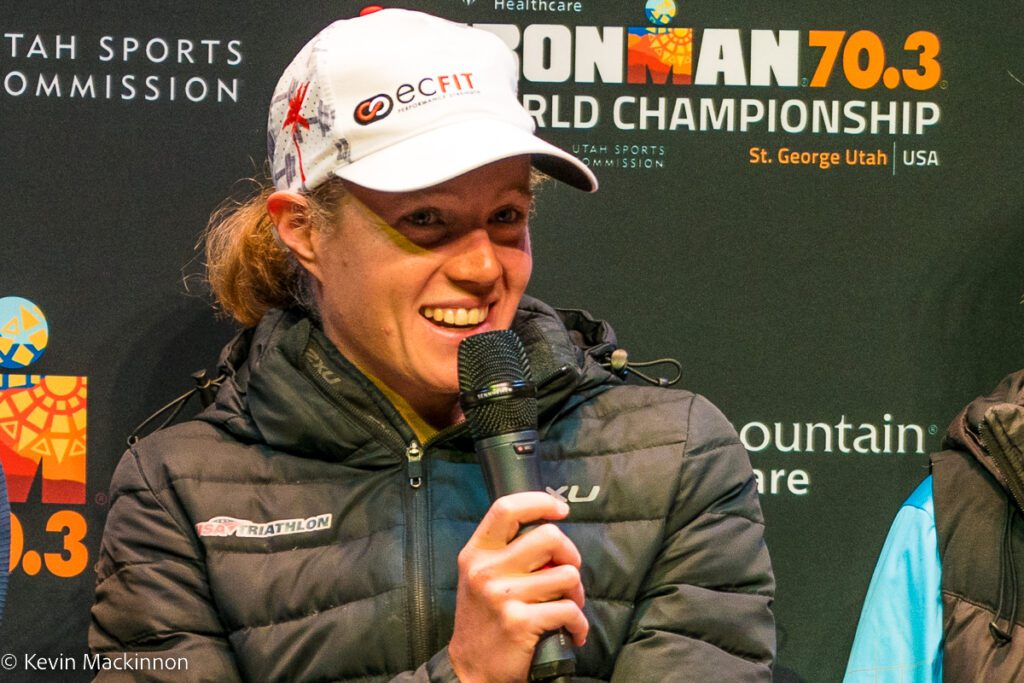 Can Knibb break away on the bike?

After spending much of the year injured, Taylor Knibb returned to racing with a big day at the PTO US Open. While she struggled on the run and was passed by Ashleigh Gentle, it’s important to remember that she’d only been running for three weeks before that effort. She followed that day up with a decent outing at the World Triathlon Cup Cagliari where she took third. If she can duplicate her dominating performance on the bike in Dallas, then put together a solid run, the American is going to be tough to beat here in St. George. 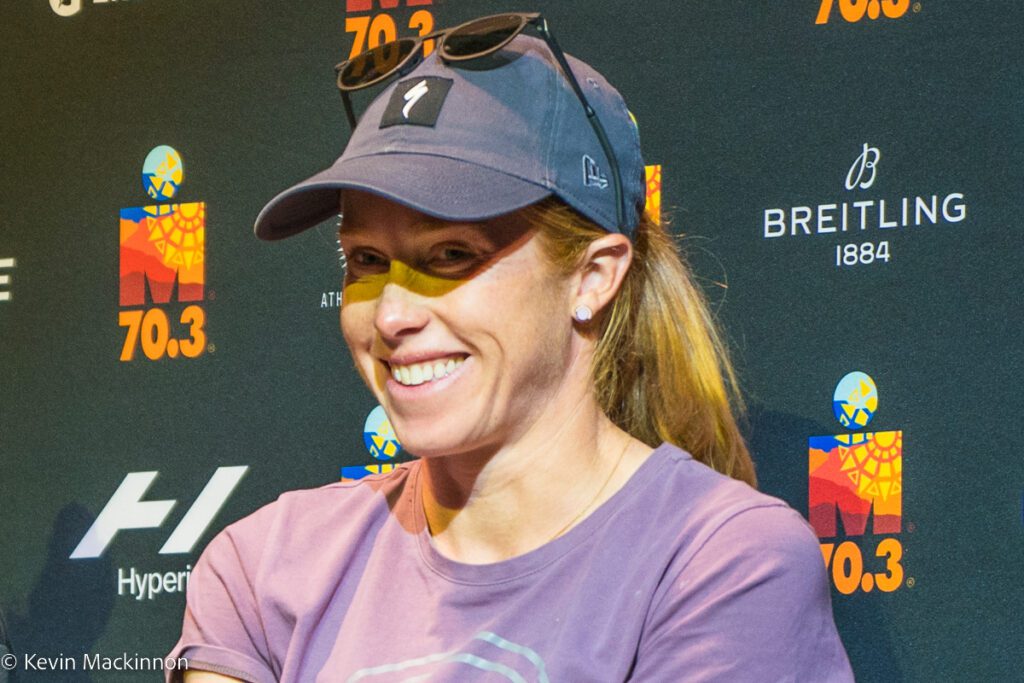 Gentle caught bike leader Knibb in Dallas, and earlier in the year netted another $100,000 pay check by catching bike leader Paula Findlay at her hometown race in Edmonton at the PTO Canadian Open. Findlay is very comfortable racing in St. George, having taken the Ironman 70.3 North American title here in 2018, one of her first 70.3 titles. In addition to the course being to her liking, the weather conditions promise to play in her favour, too.

“It’s fun to come back to a course that I know really well,” she said. “I like the cold better than the heat – that’s good for me.” 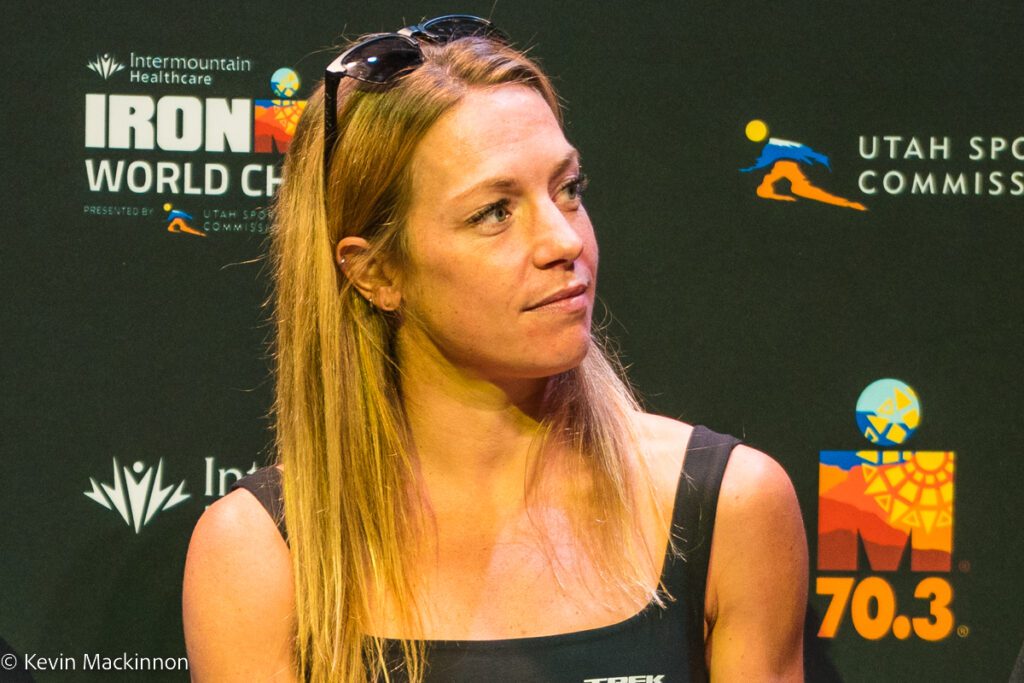 Holly Lawrence (pictured above) took this title in 2016 and was second at the 2019 race in Nice. As opposed to most years when she’s been firing on all cylinders from the start of the season, this year seems to be building for her. When she’s at her best she’s a frontrunner like Charles-Barclay and Knibb, and it’s hard to say if she has the firepower to go with either one of those two if they’re having a good day, but she is likely to be in the mix coming off the bike tomorrow. Emma Pallant-Browne, who finished second at the 70.3 worlds in Chattanooga in 2017, hasn’t always been in peak form at the worlds, but has taken a two-month break from racing, which she hopes means she’ll come into Friday’s race peaked and ready to go. The Brit will need to be close off the bike, though, to be able to use her world duathlon champ running ability, and that might be a stretch considering how fast Charles-Barclay and Knibb are likely to go for the first two legs of the race.

As we learned in Kona, with the huge (and deep) women’s field, our champion might not have been in attendance at yesterday’s presser – here’s a list of the entire field we’ll see start tomorrow’s pro women’s race: