Variety and depth have been the catch words of the ITU World Triathlon Series so far this season with five different athletes on the podium in just two events. You can expect a few more new faces to emerge as the eight-race series visits Yokohama in Japan this weekend. Joao Silva, who is the only athlete to podium in both Auckland and San Diego, returns to defend his 2011 and 2012 titles in the men’s race, while the women’s race is open for the taking.

The downtown course is a stunner, taking in one of the largest urban national parks in Japan, Yamashita Park, offering stunning views of the Bay Bridge and Minato Mirai and superb spectator vantage points around the multi-lap course on both the bike and run. 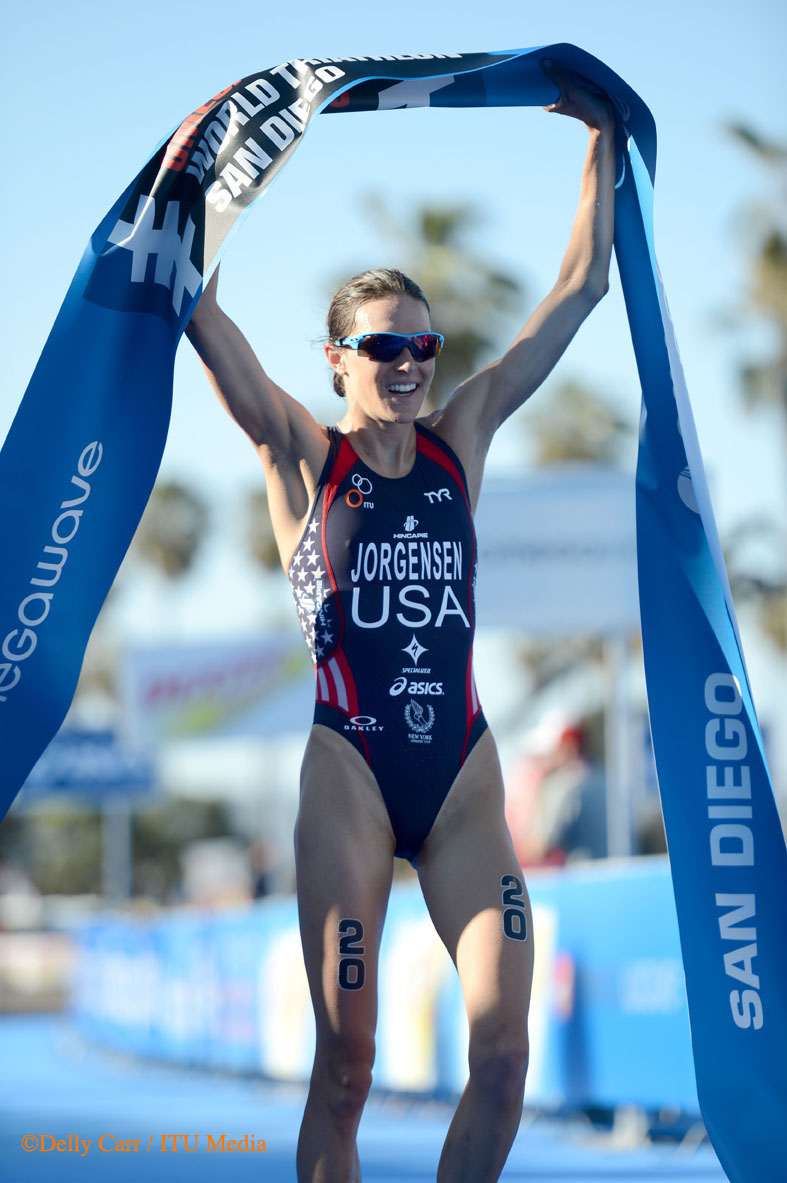 The women’s race is about as hard to predict as the results at the opening two races of the season. If Gwen Jorgensen (USA) repeats her stunning form from San Diego, she will be hard to beat. But any drop in form will open the door for a host of contenders, led by the well-performed Emma Moffatt (AUS), who so bravely led late into the action in San Diego despite cramping in both hamstrings.

Maaike Caelers (NED) was third last year behind the incredible sprint finish between Lisa Norden (SWE) and Anne Haug (GER) and will fancy her chances of another podium with neither of those two on the start line this year. A victory for Caelers will see her move up the overall rankings in the absence of series leaders Haug and Felicity Abram (AUS).

Jodie Stimpson (GBR) at her best is always a contender and she showed signs of that with a 5th place finish in San Diego after struggling in the cooler Auckland conditions to start the season, while Kate McIlroy (NZL) has quietly been going about training since a season opening 4th place finish in Auckland. The Kiwi was on the podium here in the 2011 race, making her familiar with the environment and conditions.

Ashleigh Gentle (AUS) enjoyed one of her best ever results with 6th in Yokohama last year and will be hoping for a repeat performance. The young Aussie has consistently featured in the top ten over the past year without yet breaking through to the podium.

The Japanese women were surprisingly off the pace last year with no athletes in the top ten and will race with the support of the local fans ringing in their ears to improve on that form. They won’t lack for numbers with Mariko Adachi, Juri Ide (currently third in the overall WTS rankings), Yuka Sato, Yuko Takahashi and Ai Ueda all lining up in front of friends and family. 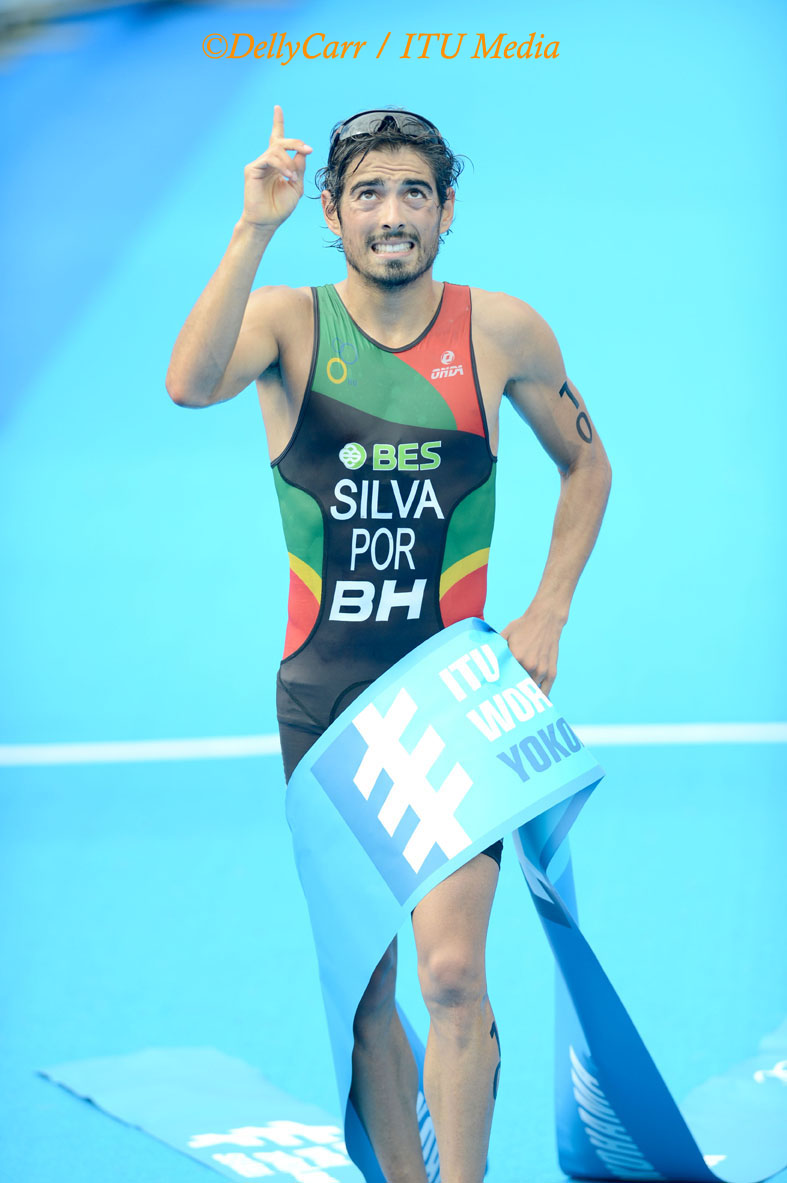 Men’s Preview
The Brownlee show switches attention to Jonathan Brownlee (GBR) this weekend as the younger of the brothers makes his first WTS appearance of the season after missing San Diego due to injury. With limited race appearances on the schedule, the 23 year old knows he must start strongly in Yokohama.

Javier Gomez (ESP), by contrast, will continue his 100% attendance record this season, looking to bounce back from a disappointing effort in San Diego where he finished in 8th place. Gomez was second here last year when unable to match the run pace of Joao Silva (POR), who himself is back to defend his consecutive titles from 2011 and 2012. Silva looks to continue a consistent start to the season, leading the overall points race after successive podiums to start his 2013 campaign.

Richard Murray (RSA) was 9th here last year, but is now recognised as a genuine podium threat, delivering consistent sub-30 minute times to match the best in the sport. He will look to carry on his good form in San Diego, where he took bronze, with another podium in Yokohama.

The Russians are here in numbers. Andrey Bryukhankov, Dmitry Polyanskiy, Igor Polyanskiy, Denis Vasiliev and Ivan Vasiliev will be a threat if allowed to dictate the pace of the race out of the swim. Polyanskiy sat back slightly on the swim last year, leading to a bronze medal finish.

The Down Under interest includes Ryan Sissons (NZL) and Peter Kerr (AUS) and both have plenty to prove. Sissons has endured a torrid start to his season due to race-time injuries and mechanical failures, while Kerr won the opening World Cup of the year in Mooloolaba and is one of a new generation carrying the expectation of a proud triathlon nation into the season.

The women race at 8.06am on Saturday 11th May, while the men get underway at 11.01am on the same morning. Age group and Paratriathlon events take place on Sunday 12th May. Follow the events live @triathlonlive.

From the Yokohama Press Conference

Two days out from the next round of the ITU World Triathlon Series in Yokohama and the local media attended a press conference featuring Jonathan Brownlee (GBR), Javier Gomez (ESP), Joao Silva (POR), Gwen Jorgensen (USA) and Maaike Caelers (NED).

The athletes were welcomed to the stage with a large turnout of Japanese media in attendance.

Maaike Caelers on a return to Yokohama, a course she finished third on last year.
I think it is a good course, I have raced here for two years, I like the course and I like Japan and am looking forward to it. You never know, I feel fit; I will give all of my best in everything so we will see what the outcome will be. I am still working hard on my swim so that is an important part, to be there with the swim. Then I need to make up where I am, maybe work hard on the bike or just sit in the group and see what happens and start with the run. I’m looking forward to it.

On her first WTS press conference:
This was a new experience for me, Kris Gemmell tweeted that maybe there is more to come so I will have to get used to it. It is actually very easy, it is no big deal.

Gwen Jorgensen on being in Japan:
I enjoy being in Japan, it is one of my favourite places to visit; I loved it last year and am happy to be back. It is exciting to be here representing the United States. Everyone here is so polite, everything is very clean and fresh, I love the food and love the people so it is great to be here.

On winning in San Diego and whether that changes her approach:
I think you go into every race with the same mentality, you don’t come to a race to lose, I am coming out here hoping for a good race.

Joao Silva on a return to a race he has won two years in a row:
I am happy to be here again, my third time in Yokohama, I am hoping it will be a really good race. I will give my best but those guys next to me (Javier and Jonny) decrease my hopes for another win, but I will try my best again. This year is a little different in a different season of the year, the weather is different and conditions will be different for the race.

On his form and the course:
I don’t know exactly how fit I am for the race but certainly with a lot of energy and focus to do the race. I like the course but I would prefer the weather a bit hotter and humid but I have to perform whatever the conditions are and I am ready for that.

Javier Gomez on the technical nature of the course:
This is my third time here also, I too am happy to be here. The course is very technical and makes the race hard with tricky corners. You have to sprint out of every corner. Conditions will be different to other years, it is always hot and humid here, this time it looks like a good temperature for racing, I will try to have a good race and give my best.

Javier was in good humour when responding with a cheeky ‘hello’ when told by the press conference MC that a female friend of his wanted to say hello to Javier Gomez who is ‘popular with the women’ of Japan.

Jonathan Brownlee on what his brother means to him and on the overall depth in the sport:
What Alistair has done is very impressive and then for us to earn a gold medal and bronze at home Olympics was great. Alistair is mentor and role model to me, I have learned everything from him, from training to competing, pushes me hard in training, sometimes tells me not to train so hard. I have learned so much from him.
Triathlon at the moment is so strong, there are so many great athletes out there, Javier Gomez Joao Silva are both here in Yokohama and the female field is strong as well. There is not much else I can say.

On his late start to the season:
This is my first time here, I was injured at the start of the year so couldn’t race in Auckland and San Diego. I want to be World Champion again and there are just 6 races left in the season, I wanted to come here to Yokohama, this is very different for me. It is a technical bike course, and a perfect climate at this time of the year for racing, I am looking forward to it.

On Paratri (Yokohama will host a Paratri race on Sunday)
Paratri is great for the sport as a whole and will be at 2016 Olympics. Paratriathletes are great, I enjoy watching it and it is very very good for the sport.

On the possible inclusion of Triathlon Team racing at the 2016 Olympic Games:
Team triathlon is a great sport; it will be great to get into the 2016 Games. It is great to watch and great to take part in. I have raced in 2 world champs so far, it changes fast, you have male and female competing, it is a great event and if it gets in it will be good for the sport.