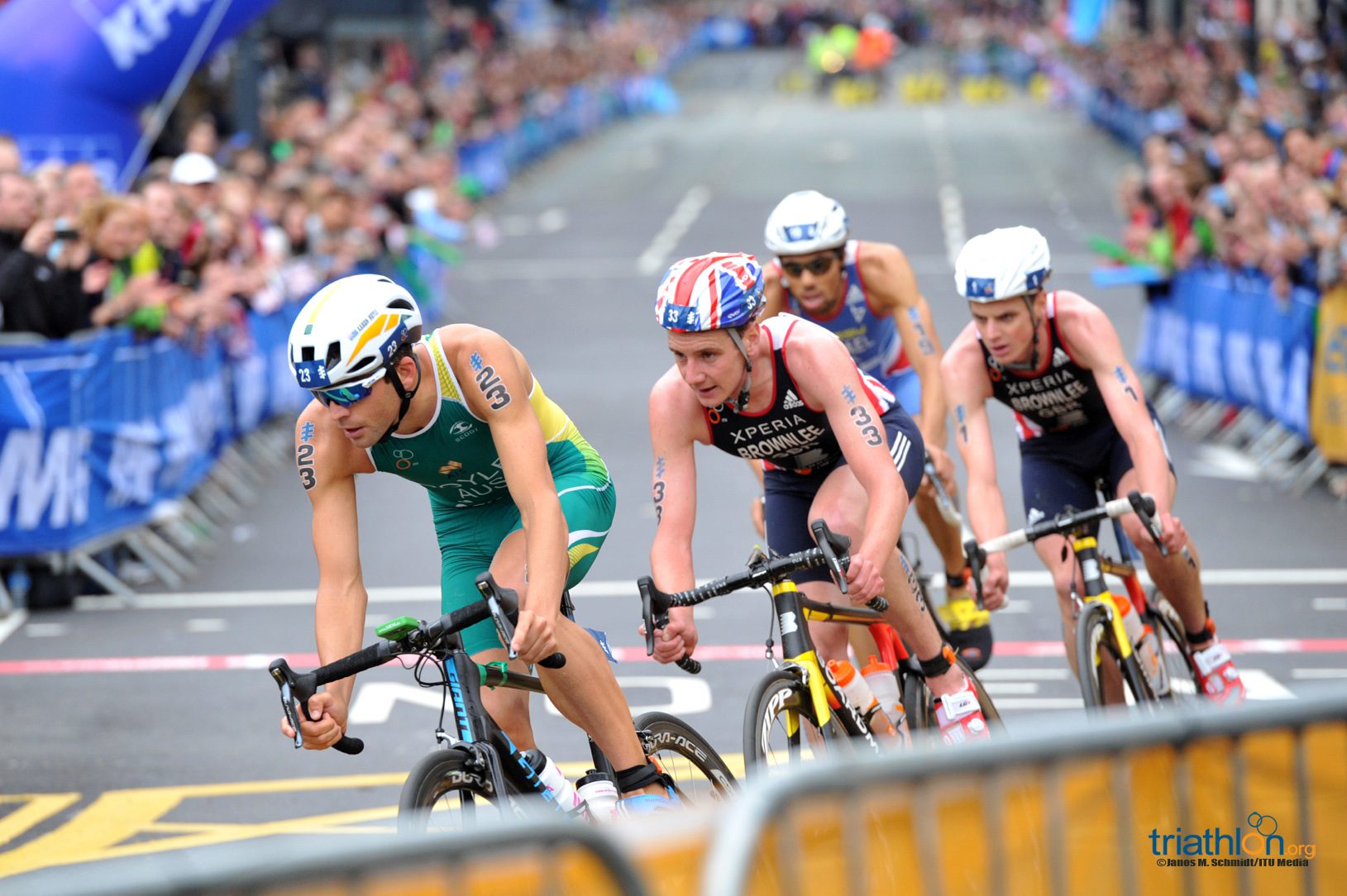 This weekend, the ITU’s fastest will line up for the fourth stop on the World Triathlon Series — Leeds, UK, home of the Brownlee brothers and only in its second year, already one of the ITU races that receives the most pre-race buzz. There’s a strong field of athletes on both the men’s and women’s side, with Alistair and Jonathan no doubt looking to pull out strong results for a hometown crowd and Flora Duffy looking to start a winning streak after success in Yokohama last month.

For the first time in her career, USA’s Kirsten Kasper will be wearing the number one to kick off the WTS women’s event. Her breakthrough 2016 year has continued into this season as her results have consistently kept among the top, even earning herself her first WTS medal in Yokohama when she finished third. She easily is becoming one of the top U.S. women and the WTS should see a lot more success from the up and comer.

But with the rankings changing after every single race, it is the current World Champion, Flora Duffy (BER) who is going to want to take that number one spot. Duffy returned to the WTS in true Duffy fashion – by winning. After missing out on the first two events of the season due to injury, she lined up in Yokohama and started up right where she left off, on top of the podium. Now as she sets off to race WTS race number two, the aim is to keep climbing in the leaderboard. Last year in Leeds, Duffy took home the silver medal right behind USA’s Gwen Jorgensen. But with Jorgensen out of commission this season, the lane to the gold medal could be wide open.

With Leeds expected to have over 80,000 fans in attendance to cheer on the elites, it will be foolish to count out the British woman as the adrenaline that comes from a home crowd is sure to play an advantage. Perhaps the top women’s hopeful for Great Britain is Non Stanford. Stanford started her 2017 season on the ITU World Cup circuit and won in Chengdu. She then competed in WTS Yokohama the following week, however an unlucky bike crash on the rainy course took her out of medal contention. Despite the misfortune she still finished seventh in the race, and so comes into Leeds, her training city, ready to collect some hardware.

While Brit favourites Vicky Holland and Jodie Stimpson will have to sit out of Leeds due to injuries, training partners Jessica Learmonth and Lucy Hall are two more woman that will give the fans a reason to show extra national pride. Learmonth and Hall are both exceptional swimmers and bikers, especially when they are side by side.

Three strong Aussie women are among the top of the field for Leeds. Ashleigh Gentle, Gillian Backhouse and Charlotte McShane all have had strong finishes so far this season, never finishing outside the top 25. Gentle event enters Leeds having won a silver medal in the Gold Coast and is the top Aussie ranked seed.

Japan is another nation that stacks in the talent every race. Ai Ueda is an overall talent and although she has not made a WTS podium yet this year, she is bound to make that happen. Juri Ide claimed the bronze in the Gold Coast, but then had a LAP in Yokohama, so she can only improve this weekend.

Spain’s Fernando Alarza has earned the right to wear the golden number one this weekend and lead off the men’s start list. In the first three WTS events of the season he has finished in the top four in every single one, making the podium in the Gold Coast and Yokohama. His abilities in the swim and bike and increasing speed on the run has catapulted him to be one of the top Spanish men in the field, even beating out veteran Javier Gomez Noya in a sprint in Gold Coast. This weekend could be the event that gives Alarza his first WTS gold of the season.

Henri Schoeman (RSA) is eager to land on the WTS podium. After his standout performances last year, his intentions for this 2017 season has been to keep up the momentum. In WTS Yokohama he just missed out on a medal in the final kilometres of the race and finished fourth. And while he has a couple ITU World Cup podiums under his belt this season, he will not stop until he steps up in the WTS.

Fans lucky enough to watch the race in person will have the great excitement of seeing the return of both Brownlee brothers competing together for the first time this year. After last season and winning Olympic gold, older brother Alistair Brownlee has devoted his time to competing on the longer distance course. But when the WTS returns to the city that started his triathlon career, he has no choice but to sign up. Jonathan Brownlee on the other hand has set his sights on winning the world title at the end of the year. However, after missing Abu Dhabi and Gold Coast and then an unfortunate bike crash left him with a finish of 42nd place in Yokohama, every race counts now for points and he can’t afford another race mishap.

The Brownlees are not the only Brits that the local fans will be cheering on this Sunday. Tom Bishop debuted on his first WTS podium in Abu Dhabi earlier this year and is really impressive in his running abilities.

Frenchman Vincent Luis will toe the line this weekend for the second time this season. He took a long break from the WTS during his Olympic preparation, and finally returned to the circuit in Abu Dhabi where he earned the bronze. We have not seen him since, so it will be exciting to see him race once again in Leeds.