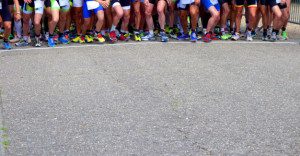 Canada hosted the ITU World Duathlon Championships last August in Ottawa and brought well-deserved renewed attention to the sport. Canadian results proved we have some gifted duathletes and now there is a new race they can take on. It can be hard to find longer distance duathlons but Powerman, the international long distance duathlon series, launched a new event in Denmark to take place on April 27, 2014.

Powerman Denmark will be part of the International Powerman World Series, the most recognized duathlon series in the world with events in Holland, Malaysia, United Kingdom, Italy, Belgium, Austria, Germany and the World Championship in Switzerland in September 2014. Powerman USA duathlon series events (including Powerman Florida on September 21, 2014) are official qualifiers for the World Championship.

The Powerman Denmark distances are 10K run, 120K bike, 20K run. In addition to the main event, a Sprint duathlon (2.5K run, 20K bike, 5K run) is also on offer. Race organizers insist that “It’s going to be a really tough race no matter if you are pro and run for the glory and prize money or if you’re an all comer and recreational sport athlete and simply run to survive!”