Following the 2018 Ironman World Championship, Lionel Sanders made Palm Springs, Cali., home base as he prepared for Ironman 70.3 Indian Wells.

During his time in Palm Springs, Sanders picked up a Canyon Speedmax, won Ironman 70.3 Indian Wells and took the King of the Mountain (KOM) up Tramway Road on Strava. Well, Phil Gaimon has now taken Sanders’ KOM away from him. On Saturday, Dec. 29th, the former professional cyclist took a full minute off Sanders’ time of 15:39.

The Tramway Road climb is just under 5K, with an average grade of nine per cent. With very few turns and no change in its gradient, the Tramway climb is a straightforward effort. 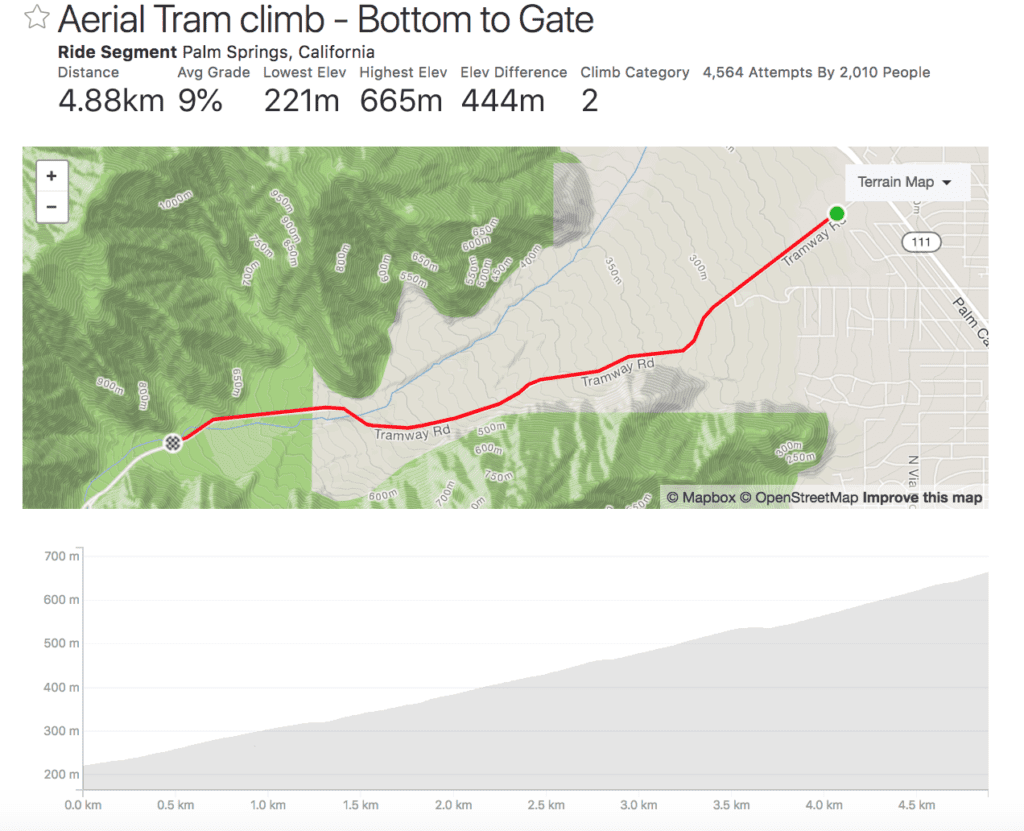 At the end of the 2016 professional cycling season, Gaimon retired from pro cycling and got a real job. However, in his spare time, he has targetted segments on Strava to capture KOMs, especially if they belong to ex-dopers. He calls it “Worst Retirement Ever” and publishes YouTube videos of his KOM attempts.

In Gaimon’s most recent KOM attempt, his Strava title is, “No beef with Lionel, but I couldn’t let a triathlete have Tramway.”

Time will tell if Sanders takes a crack at Gaimon’s 14:39 up the Tramway.