A former bronze medalist at the ITU world junior champs, Kirstie Kniaziew not only won the women’s 40 to 44 category at this year’s world sprint championships, she finished an impressive third overall.

It probably wasn’t hard for coach Barrie Shepley to convince Kirstie Otto to switch over from track and field to triathlon after he saw her win a kids race – within just a couple of years she was on her way to becoming a three-time Canadian junior champion and a bronze medalist at the junior world championships in 1992. Otto would go on to win a silver medal at the Pan Am Games in Mar del Plata, Argentina in 1995.

Otto would eventually get married to Duffy Kniaziew (thus joining one of Canada’s premier triathlon families – one year the Kniaziew family had five of six family members on the national team) and continue her triathlon career over the longer distances. She competed at the Ironman World Championship in 2001 and 2003 and, in 2005, broke the 10-hour barrier at Ironman Wisconsin.

The mother of three doesn’t seem to have slowed down too much – she blazed through the sprint race at the world championships in Chicago this year in 1:06:10, just 16 seconds slower than the day’s fastest performer, fellow Canadian Severine Boucher, who took the women’s 20 to 24 title.

Congrats Kirstie on yet another impressive performance. 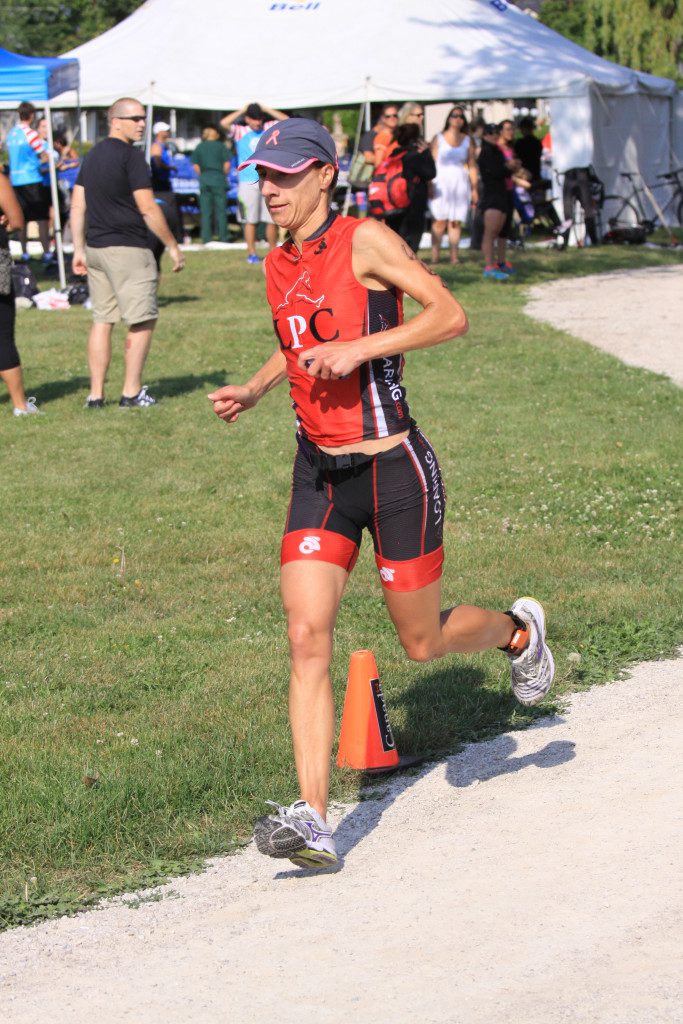