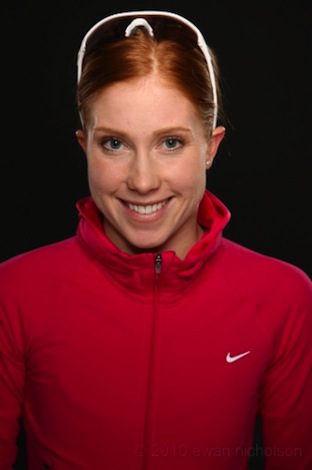 “I’ve watched the World Cup race in Edmonton twice from the sidelines, and it is hard to watch because I have never had that experience to race at home so it means a lot to me, and will be special for sure,” said Findlay. “I have a family connection to the event with my mom who has been so involved in the planning of this race so I’ve seen how much work it takes to putting on an event like this. Personally – I am starting a new chapter of my career now and to do that in my hometown will be cool.”

Findlay has been fighting injuries for the last four years including most recently a stress fracture in her pelvis. Libby Burrell, Triathlon Canada’s high-performance director said, “I am happy Paula will have the opportunity to represent Canada at home. . . this is an important event for her, this will be her first Olympic distance race since March 2013 so we view this event as the perfect opportunity for her to race in a quality field without the weight of expectations on her shoulders.” She added,  “Every decision we make regarding her now is with her long term health as our primary focus”.

It has been a tough go for the 25-year-old, but she’s begun her impressive comeback since her disappointing finish at the 2012 Olympics. She explained, “It is not ideal to go into a World Championships without a big season of races under your belt, but I got a new coach in June (Siri Lindley) and it has been the best three months of my life following three very difficult years,” added Findlay. “This spring I was really quite down. I lost hope and even considered giving up. But I am in such a good place right now mentally and physically. I am so thankful to everyone on my Integrated Support Team at Triathlon Canada that have stuck with me, and helped me turn myself around. To be in in the mindset and physical state that I’m in now is amazing in my eyes. And to be able to go back now and race in Edmonton is an extra spark of motivation for me.”

Findlay will join Sarah Anne Brault and Kirsten Sweetland who has battled her own series of injuries to make an astounding comeback. She had considered abandoning the sport several times over the last six years but heads into Edmonton as a podium contender after winning her first-career bronze medal on the World Triathlon Series in Hamburg, Germany, just days before taking silver at the Commonwealth Games in Glasgow, Scotland.

“I have always looked up to Kirsten. She’s obviously been through a rough patch and similar journey to me and made her way back to the top,” said Findlay. “Kirsten has shown it is possible. It is not easy – but it is possible. She is a great friend, is very supportive and someone I will always look up too.”