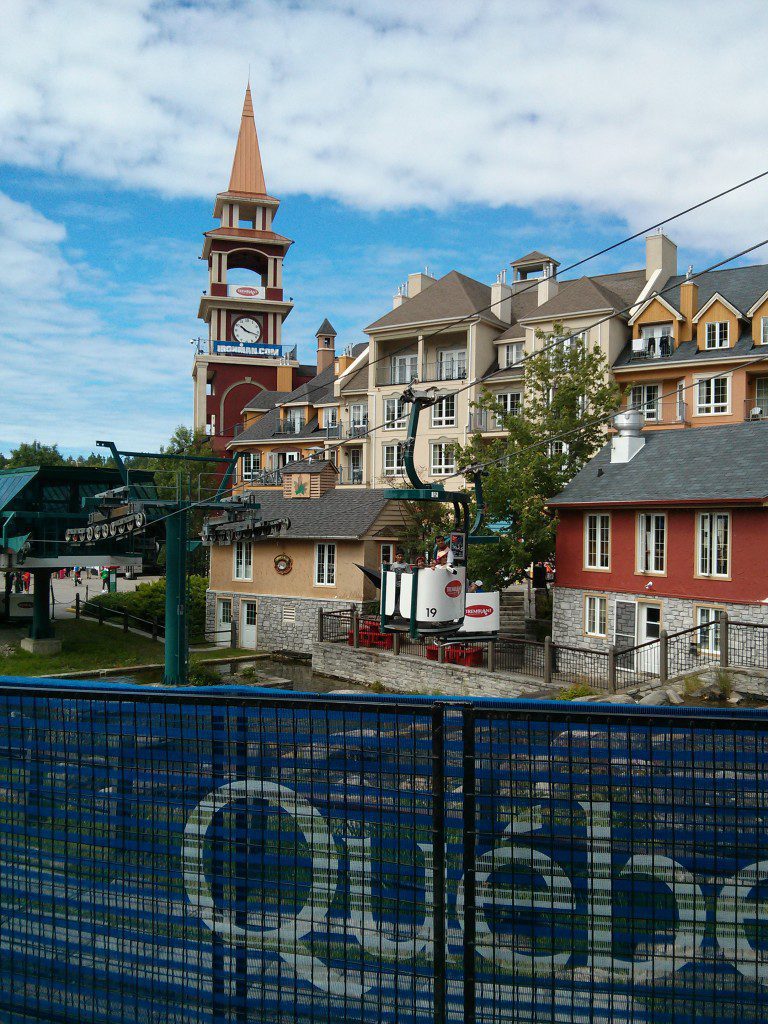 Ottawa native, Leona Emberson became the first visually impaired paratriathlete to complete the Mont-Tremblant Half Ironman course on June 22. Born with Albinism, a genetic condition which affects skin pigmentation and vision, Emberson with the aid of her sighted guide on Won with One, Karine Circé, completed the 1.9 km swim, 90 km bike and half marathon in a time of  7 hours and 11 minutes.

Won with One is an Ottawa-based not-for-profit organization that “supports people who are blind or physically challenged to realize their dreams as athletes in the sport of triathlon by providing equipment, opportunities and solutions.”

Emberson, a former goalball player and runner, entered her first triathlon in 2011 as a team member of Won with One and completed  a Sprint distance race at the Somersault Events race series. She then competed in the New York City Triathlon that same year, winning the Visually Impaired Category.

Emberson and Circé began training for the Mont-Tremblant 70.3 last fall with the goal of completing the race in a time of 7 hours and 30 minutes.

“When I signed up for this race I knew I signed up for a challenge. That challenge grew each week as demands of training expanded, but we did it,” said Emberson. “We crossed the finish line and I am so proud of us!”

Circé guided Emberson through all three portions of the triathlon. For the swim, they were tethered around the thigh to stay on course. A tandem bicycle was used for the cycle portion of the race with Circé controlling the mechanics on the front of the bike and Emberson riding what is known as the stoker position on the back. For the run, the team used a hand tether while Circé explained the course verbally during the race, calling out potential hazards, turns in the road and changes in altitude.

“I am extremely pleased with the way the race went, and proud of Leona. The support expressed by spectators and fellow triathletes on the race course was just incredible,” said Circé. “This has been an amazing experience, one that I will never forget and for which I will always be thankful.”

Next up for Emberson is a full season of races with her teammates from Won with One.