Two weeks following the World Mixed Relay Championships in Hamburg, Germany, the series continued in Edmonton with valuable Olympic qualification points up for grabs. In Hamburg, France took the world title ahead of Germany, Australia, New Zealand and Canada. However, on July 21st, the Kiwis would be the ones to overthrow the Brits, Yanks and Aussies in a four-team race for the win.

Related: The Canadians take fifth at the World Mixed Relay Championships in Hamburg

Early on, New Zealand, Great Britain, USA and Australia looked stronger than the rest, and by the second exchange, they had a gap on the others. By the end of the race, the fourth-place Aussies finished over a minute ahead of Italy in fifth place. New Zealand took the win nine seconds ahead of Great Britain, and 16 seconds ahead of USA. Canada assembled a team of Amelie Kretz, Matthew Sharpe, Desirae Ridenour and Alexis Lepage. The Canadians finished ninth. 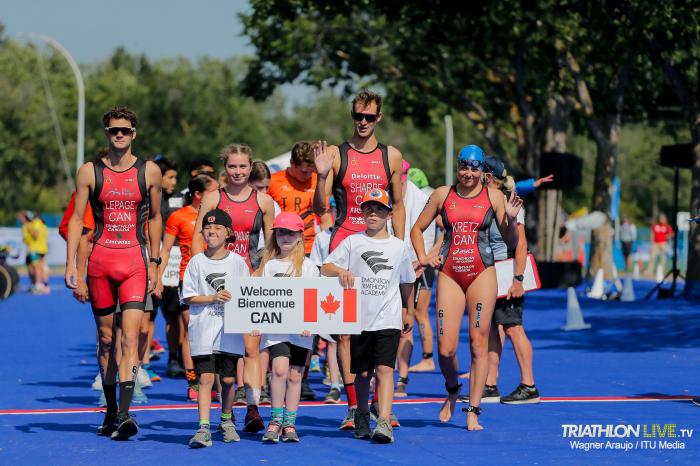 Upcoming events include the Pan American Games in Lima, Peru on July 27-29, and the ITU World Olympic Qualification (Test) Event in Tokyo, Japan on August 15-16.