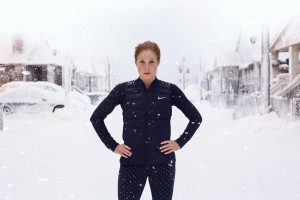 What was your greatest moment of 2015?
My best triathlon of 2015 was the London WTS race where I finished 8th. This was a big stepping stone for me, it was my best result at that level in many years, and most importantly it gave me confidence that I can still compete with the best in the world. Another highlight of 2015 was being part of the Nike Snow Day commercial and Get Out Here campaign, along with a stellar list of Nike athletes. It was so cool to film that add and see it all come together.
What did you learn in 2015 that you will carry with you into 2016?
I struggled with a few injuries again this year, especially towards the end of the season, and I can be really hard on myself. What I can take away from this year that I will carry with me into 2016 and beyond, is that triathlon doesn’t define me. Triathlon is what I do every day, it’s my job and I’m grateful for that – but my success or failures in triathlon don’t extend beyond that. There’s more to life than training and racing. I often lose sight of that when I’m going through a rough patch. Seeing the bigger pictures, keeping everything in perspective and appreciating the things that are going well in my life is a really important skill.
What goals do you have for 2016?
My biggest goal for 2016 is to qualify for the Rio Olympics. To do this, I will need to finish in the top 8 at the first three qualifying races which start in March.
What is one New Year’s resolution you have 2016, that’s not triathlon-related?
I would like to go back to school in September to finish my degree, I have just have a few courses left before completing my undergrad. I’ve put school on hold for a few years so that I can focus on only triathlon, but I think having balance is really important, so I’d like to work towards finishing this in the 2016 off-season. 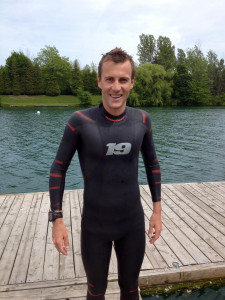 What was your greatest moment of 2015?
Watching my son Zack grow, develop and do some fairly crazy things has definitely been the highlight of my 2015. In terms of triathlon, my greatest moment was my World Cup silver medal in Cozumel. After experiencing my fair share of adversity in 2015, this result was confirmation that I was back on track and racing to my potential.

What did you learn in 2015 that you will carry with you into 2016?
My 2015 season definitely reinforced for me the importance of perseverance. Staying positive in the face of adversity, believing in yourself and coming back even stronger. These are all strategies I will definitely carry with me into 2016.

What goals do you have for 2016?
My first goal is to make my second Olympic Team and then to prepare to the best of my ability to deliver a performance in Rio that I’m proud of.

What is one New Year’s resolution you have 2016, that’s not triathlon-related?
To do more non-sport related reading. I have a keen interest in the business and finance world.