There’s no better way to cap off a great year than reflecting on it’s best moments and lessons. We’ve asked some of the best triathletes in Canada to share their New Year’s resolutions and favourite triathlon moments of 2015. In the days leading up to New Year’s, we’ll share them all. 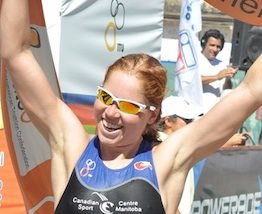 What was your greatest moment of 2015?
My best race of 2015 was in Auckland. I can’t pick a particular moment, it’s more the accumulation of incredible experiences that made 2015 a year to remember.
What did you learn in 2015 that you will carry with you into 2016?
I learned to never give up and to believe in myself and my long-term plan. It’s not as easy to do when the going gets tough, but I’m sure I’ll benefit from those lessons in 2016!
What goals do you have for 2016?
RIO! (There’s a little party called the Olympics happening there in August)
What is one New Year’s resolution you have 2016, that’s not triathlon-related?
I want to be more organized and reply to emails quicker. (It’s one of those resolutions that seems to come back every year…) 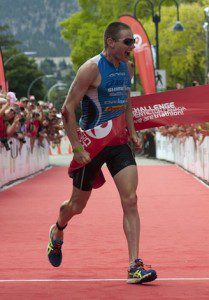 What was your greatest moment of 2015?
Getting engaged.  Battling with Tim Berkel for the lead at Ironman Melbourne was a really close second. It was amazing to be following the same footsteps on that course as Craig Alexander and Cam Brown did in 2012!  Winning the race probably made it more special, but the best moment was when we took the lead. The “journey” of training for seven weeks in Melbourne and Bendigo leading up to the race was chock full of great moments, amazing friends and awesome memories!

What did you learn in 2015 that you will carry with you into 2016?
Lots!  There are ton of people who love getting ugly on the race course as much as I do! Despite what people will yell at you, you can beat an Australian in Australia! If it below 10 degrees and rainy on race day dress warmly!  I had the best entourage in Kona! But the biggest thing I learned is that if I want to beat the best in the world I need to put myself in the best position possible.  Among other things I have started working with a new coach and moved out to Victoria in order to make that possible.

What goals do you have for 2016?
Win the Ironman North America Championships in Texas.
Win the Canadian Long Distance National Championships in Penticton.
Top 4 at the Ironman World Championships.  The winner of that race has always come from the top four the previous year.
Have some epic battles with my fellow Canadians! I want to be the unorthodox Happy Gilmore to Brent McMahon’s textbook Shooter McGavin.

What is one New Year’s resolution you have 2016, that’s not triathlon-related?
Train my puppy, Rocky Balboa!  I want to make sure he isn’t a little hellion when we grows up!. I am also hoping to learn to play the ukele and improve my French skills so I can hold a conversation in French with the teams at Argon 18 and Asics Canada!

Do you have any New Year’s resolutions for 2016? What about lessons you learned this year that you plan to take with you into the new year? Email yours to claire@triathlonmagazine.ca to be included in a similar story