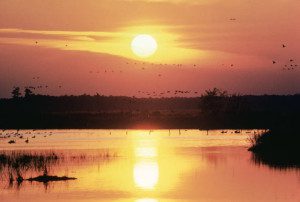 The World Triathlon Corp (WTC) has announced the launch of its twelfth US Ironman. The inaugural Ironman Maryland in Cambridge, Maryland, will take place on Saturday September 20, 2014. It will be the first Ironman race in the Mid-Atlantic region.

“We are delighted to add Ironman Maryland to our race line-up for 2014,” said Andrew Messick, Chief Executive Officer for Ironman. “We have been looking to expand into the Mid-Atlantic as there is a thriving triathlon community in this region. We look forward to working with city, county and state officials to create a top-rate event that will benefit and excite the local communities.”

General registration for the inaugural Ironman Maryland triathlon will open on Thursday April 17 at noon ET on www.ironman.com/maryland. The race will offer 30 age group qualifying slots to the 2015 Ironman World Championship.

The swim will take place in the Choptank River on the Delmarva Peninsula while the bike course will take athletes into National Wildlife Refuge. The flat marathon on country roads will be scenic and fast.

The announcement of Ironman Maryland is made in connection with Ironman’s proposed imminent acquisition of the ChesapeakeMan event from The Columbia Triathlon Association, also known as TriColumbia.